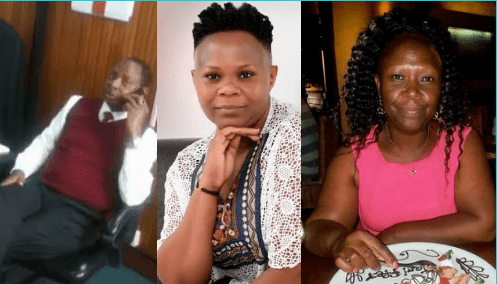 The Law Society of Kenya (LSK) has raised concerns about the country’s growing cases of insecurity, unexplained disappearances, and heinous murders.

The lawyer’s body condemned the killing of Betty Barasa (who worked as a video editor at Kenya Broadcasting Corporation) in what detectives now suspect was a hit job.

“It is reported the gruesome murder of Betty Barasa took place at 8.30pm at her home in Oloolua Ngong area in Kajiado North in the presence of her family members including children,” the statement reads.

LSK also condemned the assassination of Jeniffer Wambua (National Lands Commission Communication Director) on March 27, claiming that probe is still pending and that no suspects have been apprehended.

The society further demanded investigations into the abduction of Benson Njau (an advocate of the High Court) on February 7.

They said the Inspector General of Police Hillary Mutyambai must expedite investigations into these murder cases.

At the same time, the LSK questioned the efficiency of security measures put in place by the government in light of rising cases of crime,

“These are just one of the many of such heinous acts of gangs of criminals that is leading to the loss of lives of innocent Kenyans and puts to question the efficiency of the security measures in place by the government,” the LSK added.

In addition, the lawyers society has asked the government to take immediate action to ensure security measures are improved in the course of the pandemic when rates of crime are likely to increase.

The society has urged the government to put in place a raft of measures to address the financial hardships facing Kenyans.

“We urge the government to return the tax reliefs put in place in 2020 to cushion citizens, businesses and investments from the effects of the ongoing lock down as a result of the pandemic,” the statement added.