Lion Air crash: Why recovering plane from sea floor will be such a challenge 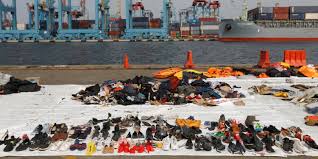 Jakarta (CNN)Indonesia’s authorities lifted the wheels of crashed Indonesian Lion Air Flight 610 out of the sea Friday, as questions turned to how to retrieve what is left of the body of the aircraft from the seabed. Investigators located a plane engine turbine on the ocean floor Friday, one of the largest pieces of debris found so far, five days after the flight crashed into the sea off the capital Jakarta, killing all 189 people on board. Divers located the flight data recorder and landing gear on Thursday, but are still looking for the cockpit voice recorder to shed more light on what happened in the final moments of the flight. Analysts say finding the cockpit voice recorder is imperative to determine if the crash has implications for other airlines collectively operating thousands of Boeing 737 flights around the world each day. “We need to know whether there is a Lion Air problem, a specific problem to this plane, or whether it is a general wider problem for 737s,” said Geoffrey Thomas, editor-in-chief of airline rating agency, Airlineratings.com. Finding the cockpit voice recorder is proving challenging. The chief of Indonesia’s National Search and Rescue Agency, Muhammad Syauqi Syauqi, said his team had not heard pings from the cockpit voice recorder. It is thought to be on the seabed, some 35 meters (114 feet) from the surface, obscured by debris or hidden by mud.

A wheel from the crashed Lion Air Flight JT610 was pulled from the sea by Indonesian authorities on Nov. 2, 2018.
Treacherous conditions

In ideal conditions, analysts said, investigators would try to document the positioning of the aircraft and its parts in the water, so they can determine the cause of impact before the plane is raised. But in Indonesia, divers are battling against treacherous conditions, including fast-moving currents and muddy waters. “The prudent measure in this case is to take it off the floor of the ocean as it’s too dangerous to analyze it where it is sitting at the moment,” said Thomas. A photo from Indonesian media agency “detikcom” shows officials displaying part of the ill-fated Lion Air flight JT 610’s flight data recorder, after it was recovered from the Java Sea on Thursday, November 1. If the plane’s fuselage had been found intact, buoyancy devices would have been used to raise the plane body to incur minimal damage. But Thomas said the plane is so shattered “that finding or doing further damage to it now is almost incidental.” Recovery of these smaller items is likely to be done by hand or with nets, said David Soucie, an aviation safety analyst for CNN. A big challenge for divers will be to identify and separate any body parts from other debris. “You look at the insulation and the seat backs, the seat cushions can easily be mistaken for body parts and vice versa,” Soucie said. Lion Air jet one of Boeing’s newest, most-advanced planes As well as searching for the cockpit voice recorder, divers will be looking for clues in the debris that could indicate what state the plane was in when it crashed. “Let’s say you have the landing gear and maybe two miles away you find other pieces of the aircraft that are heavy, like engines and that sort of thing, then you would suspect that there was an in-flight break up of the airplane. As opposed to a solid impact of the airplane in one piece,” he said. Soucie said that from the extent of the damage, it appears the Lion Air flight suffered from a “hydraulically driven explosion” when it hit the water. This means that on impact, the pressurized air hits the water and causes the fuselage to rupture. “You have to think about this thing hitting the water at 400 miles per hour or faster and just coming to a sudden stop,” Soucie said. “You’ve heard people say water is like concrete when you dive from 100 feet up, so you can imagine what it would be like at 400 miles per hour. It’s hard to describe the types of damage that occur with that.”

DNA samples
Flight 610 was supposed to take its passengers on a one-hour journey from Jakarta to Pangkal Pinang on the island of Bangka. Instead it crashed 13 minutes after takeoff. The pilots had requested to turn around but didn’t transmit an emergency call.

As of Friday, 65 body bags have been gathered since the start of the search-and-rescue operation, though each bag could contain remains of more than one person. Investigators will have to rely on DNA samples to identify victims because of the condition and size of the remains found. Police have 181 DNA samples from victims’ families and are working to match them to 272 human tissues samples. Lisda Cancer, head of Disaster Victim Identification, told reporters Friday that only one person has been identified so far — a female confirmed through a fingerprint. On Wednesday, authorities started bringing relatives to the port to identify victims’ personal belongings, which lay piled up next to cushions and other debris that appeared to be from the aircraft. Epi Syamsul Qomar, whose 24-year-old son was on the flight, broke down in tears when he recognized his son’s shoe. “I saw my son’s black sneaker,” he told CNN. “I also saw his bank checkbook.”

Officials: Plane experienced flight issues the previous day
The jetliner had experienced technical issues the day before on another route, passengers aboard that flight revealed to CNN.

On Sunday the Boeing 737 Max 8 aircraft — a new plane, which had only around 800 flying hours on the clock — had flown Lion Air’s Bali-Jakarta route and had experienced a significant drop in altitude, passenger Robbi Gaharu said. “I thought maybe it was caused by turbulence. After 10 minutes in the air the plane dropped as if it was losing power. People panicked. It dropped about 400 feet,” said Gaharu, adding that he had confirmed the height of the drop on a flight-tracking website. He said the drop felt like falling into “a really, really deep hole.” Lion Air confirmed to CNN that the aircraft that crashed on Monday had been used to fly the JT43 Bali-Jakarta route the day before, and Indonesian authorities confirmed that the pilot on Sunday’s flight reported a problem with one of the plane’s instruments. Capt. Daniel Putut Kuncoro Adi, managing director of Lion Group, said that all information had been handed over to Indonesia’s National Transportation Safety Commission and he could not answer any questions about the fault because of a nondisclosure agreement signed to accommodate the investigation.

Expert: ‘Something going on in that cockpit’
While no information has been released yet about why the brand-new plane crashed into the sea, FlightRadar24 published data that shows the plane behaving erratically during takeoff.

When a plane would normally be ascending in the first few minutes of flight, the Lion Air jet experienced a 726-foot drop over 21 seconds.

Aviation expert Soucie told CNN that the flight’s last moments were “outside of the normal manual flight mode.
”

There was something going on in that cockpit. Or something they were battling against in the autopilot.”