KIRUKU: There’s bloodshed in Burundi, so we talk, talk, talk… 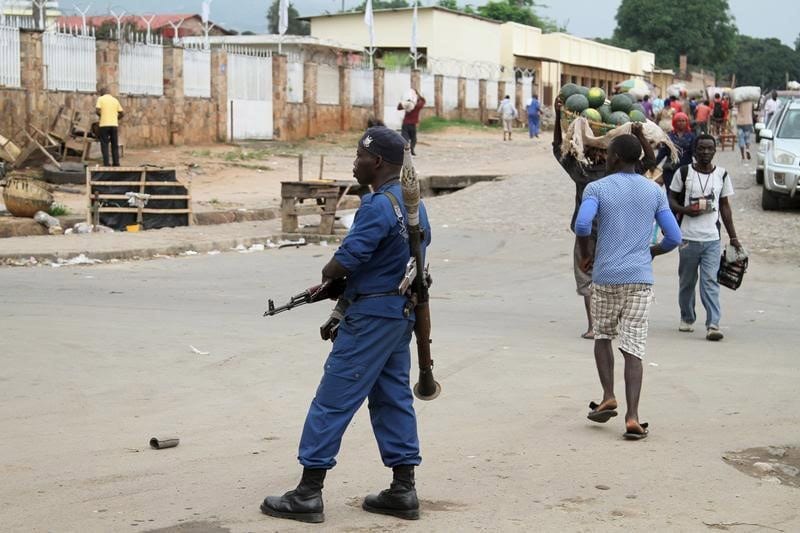 The last time I wrote an article castigating the Burundi ruling party, CNDD-FDD, for nominating President Pierre Nkurunzinza as its candidate to seek a further elective term, I received a barrage of abuses and insults on my Twitter handle. Still, some people cheered me on through private messages, probably for fear of being seen to publicly oppose the government.

But my hope to see the decision of the CNDD-FDD and Burundi’s Constitutional Court faulted for violating the letter and spirit of the Arusha Peace and Reconciliation Agreement of the year 2000 (the Arusha Accord) were dashed last week. The First Instance Division of the East African Court of Justice dismissed a case filed by the East African Civil Society Organizations’ Forum (EASCOF) against the country’s Attorney General.

The civil society body had challenged the decision of the Constitutional Court, and had also sued the Independent National Electoral Commission of Burundi (CENI) and the Secretary General of the East African Community.

It is disheartening that the most affected group of persons during the current and ongoing Burundi unrest, according to the report, have been women. Many women fleeing the country were subjected to sexual violence by the members of the youth wing of the ruling party, Imbonerakure, as well as by border guards and other unidentified men. Women opposed to the president’s third term were also subjected to extreme sexual violence, it added.

The study by the UN Independent Investigation on Burundi (UNIIB) said that, “gross human rights violations have and are taking place, committed primarily by state agents and those linked to them.”

The UN human rights office has verified 564 cases of executions between April 26, 2015, and August 30, 2016. The investigators made two trips to Burundi and conducted 227 interviews.

It is unfortunate that virtually all the EAC partner states have turned a blind eye to the plight of Burundians. The investigators said they had received evidence of rape, disappearances, mass arrests as well as torture and murder, and that there were probably many thousands of victims whose cases went unreported. Yet no regional country or even the East African Community secretariat has so far raised its voice against these heinous crimes.

It is sad indeed that “UNIIB found that the large majority of victims have been identified as people who were opposed or perceived to be opposed to the third mandate of President Nkurunziza or of members of opposition parties.”

It is a shame that any of the EAC partner states should be incriminated in gross human rights violations at a time when other regions of the world are moving towards more openness and respect for human rights.

But even worse than this poor apology for a democracy is the clear message that regional partner states seem to have given up on Burundi. Although the EAC Secretariat has been spearheading the Inter-Burundi peace talks, the mandate to resolve the crisis has largely been left to the western world and other countries of goodwill.

The fruits of the Inter-Burundi Dialogue that is being facilitated by retired Tanzanian President Benjamin William Mkapa and mediated by Ugandan President Yoweri Museveni are yet to be felt by the people of Burundi. Tears, agony, pain and frustration continue to afflict Burundians.

Indeed, it is shameful that during the 17th Extra-Ordinary Summit of the EAC held in Dar es Salaam on 8 September, the heads of state only directed the EAC Secretariat to continue mobilizing resources for the purpose of supporting the peace talks. Focusing on mobilising resources to support hefty allowances in expensive hotels for the talk’s participants as citizens continue dying is itself a show of insensitivity, a crime against humanity.

All the same, the call to mobilise funds is bearing fruit, with China donating $200,000 two weeks ago.