KIRUKU: African youth are vigorous, let’s propel them to the top

By Anne Kiruku For Citizen Digital 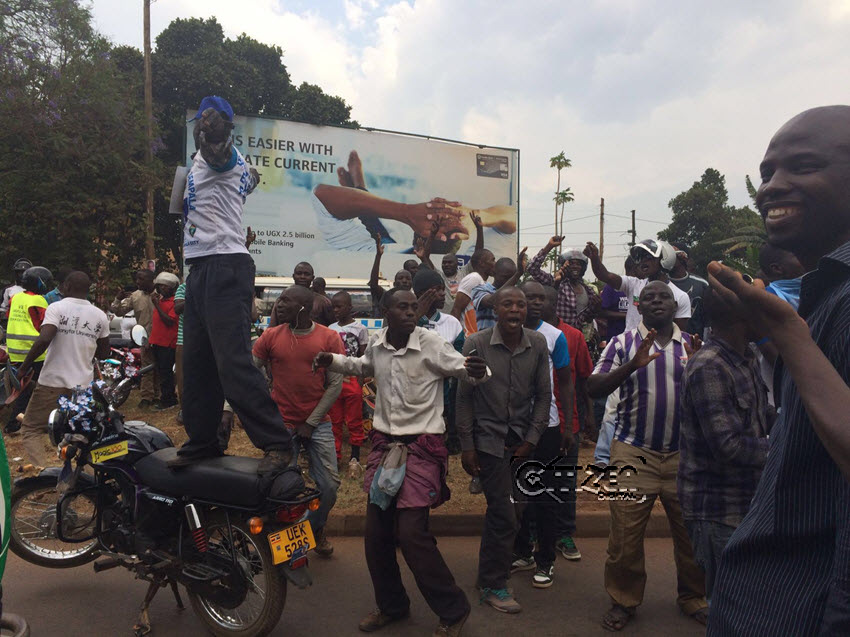 “There is real hope for the continent with the young people at the helm.” These are the words of the first President of Zambia, Dr Kenneth Kaunda, sentiments recently echoed by United States President Barack Obama during his recent visit to the continent. They are words which, if our regional leaders take to heart and implement fully, could see the region attain high standards and earn global accolades.

The youth in Africa have been made to believe that they are the leaders of tomorrow, a belief that has turned them to kingmakers, voting for leaders who cling on to power for life. Africa will only receive global respect if its leadership is in the hands of young people who are capable of displaying good governance and upholding democracy, not leaders who have turned themselves into presidents for life.

As a result of poor leadership and governance, corruption has gained root in Africa, causing irreparable damage to most economies. Corruption is not only about stealing public funds. It is also about putting bad people in prime positions, people who have neither the sincerity nor the skills to serve their people. The sole interest of such managers is to serve their own interests and those of their political masters.

Most African countries are being governed by tribal kingpins who must serve the interest of their tribes to the detriment of the country. It is commonplace to find government offices full of village friends, with qualifications playing second fiddle to tribal allegiances.

As a result, most African countries are paying a heavy price. There is complete failure, with civil wars, hunger and diseases prevalent. There is a sense, therefore, where corruption is worse than murder. It kills more than warfare; it takes land and money meant for a hospital to private use or the purchase of a private jet, in the process condemning thousands of people to miserable lives of debilitating poverty and hopelessness.

Indirectly, this has an effect on the future: In that poverty pool is to be found the next genius to lead Africa out of its morass, the next Malcolm X, the next Imhotep, the discoverer of a cure for cancer, the woman who will make cars run on air.

Today’s African leaders pride themselves in creating an open political space for all persons. But merely creating political space for young people is not sufficient. It is equally important to train and invest in young leaders, inculcating a strong character and ethical background. The society needs to nurture young people’s ability to construct and realize a forward-looking vision for their communities and nations.

The task of promoting youth participation and ethical leadership requires leaders to establish clear succession plans. Those of the older generation who promote youth and their active leadership see that their own political causes depend on the contributions of future generations. Those who do not promote youth leadership only understand their cause, if they have one at all.

So far, only Senegal and South Africa can be said to promote an open space for the youth to participate in governance and leadership of their countries. Y’en a Marre succeeded in defeating Abdoulaye Wade at the polls in 2012 by connecting with young voters and other segments of the population during the country’s registration and get-out-the-vote drives.

In South Africa, the Democratic Alliance (DA), the official opposition in the country’s Parliament and the only party other than the ruling African National Congress that governs at the provincial level, has a Young Leaders Programme that trains up to 20 people from its youth membership annually. It has graduated 125 young leaders who are involved with the party in various capacities and are expected to take up senior positions as their careers advance within the party.

No political party in the rest of Africa has anything comparable to DA’s youth policy, whose investment in young leaders is most visible in its national leadership structure. Its parliamentary leader is Lindiwe Mazibuko, a 33-year-old woman. Its national spokesperson, Mmusi Maimane, is also 33. Among the eight highest-ranking national leaders of the party, three are under the age of 35.

If all African economies could emulate Senegal and South Africa in according the youth real tangible power to take up leadership roles, Africa would be at par with the rest of the world in opening up democratic space.

East Africa must not be left behind by the rest of the world in according the youth leadership positions. The region is currently acutely dictatorial, and the youth must seek change through mass mobilization. That will take guts, lots of it.