Kipchumba Murkomen  ;“Adopt a Bus Station” is a sign of desperation 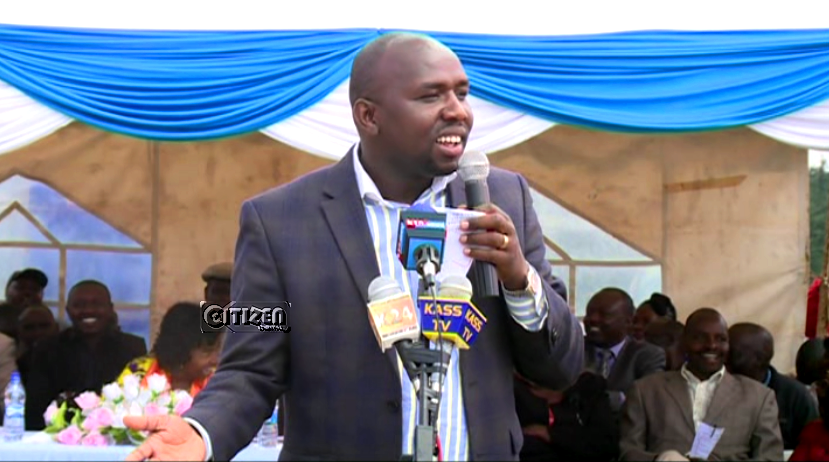 NASA has pulled plenty of unsavory stunts during this campaign. From wild accusations over our national institutions, to parallel tallying, to flooding our law courts with spurious complaints. All of which has been a calculated attempt to create a false narrative of high-level collusion designed to ‘rob’ Raila Odinga of power. But now, just days ahead of election day itself, NASA appears to be resorting to sheer desperation. The recently launched “Adopt a Bus Station” initiative is indicative of a campaign willing to do almost anything for votes – Including denying Kenyans their most basic rights.

For months now, NASA has pulled one trick after the next in a bid to gain traction for the fiction that a conspiracy is underway to deny a NASA victory. First it was parallel tallying centers (which Raila himself refused to deny exist in Tanzania), sending a clear and uncompromising message that our own electoral system cannot be trusted. Then it was the persistent complaints to the law courts over almost every detail of the voting and tallying process. Most of the NASA legal appeals have been rejected as groundless. Yet that have advanced their objective of thoroughly undermining the IEBC. And still, NASA persists in besmirching our military and other national institutions with unfounded accusations that they are conspiring to rig Tuesday’s vote. All of this has been done in order to hand Raila an insurance policy of ‘foul play’ should he lose.

But now, even by these standards, NASA appears to have plunged new depths of scamming. Perhaps it is evidence that their “Adopt a Polling Station” strategy has failed, that senior NASA officials have now launched an “Adopt a Bus Station” initiative. Nairobi Governor Evans Kidero and Machakos County Senator Johnson Muthama proudly announced the plan to “stop people from departing for their rural homes” ahead of the election, claiming that NASA victory depends on these potential ‘lost’ votes. It is no secret that a steady stream of residents of Nairobi and other major cities have been leaving for fear of election-related violence. Based on no evidence whatsoever, Kidero assured them “there will be no violence”.

Kidero’s platitudes are pernicious in the extreme. For a start, NASA’s unrelenting undermining of the IEBC, the military and other key bodies is the single greatest factor in having raised the spectre of violence during this campaign. Quite simply, NASA has quite deliberately pedalled the narrative that next week’s vote will be tainted by corruption and that the only fair result is a Raila victory. In doing so NASA has validated the short step to unrest and violence should Raila be defeated. Do Kidero and Muthama really need it spelt out why people are thinking of fleeing the cities? It is precisely due to their own party’s scare tactics, claiming the election has already been rigged. Through “Adopt a Bus Station”, NASA is now seemingly attempting to claw back the destructive narrative of impending chaos which it itself has created.

But even more malicious is the very nature of “Adopt a Bus Station”. This is not an innocent call for NASA activists to campaign vigorously. It is a clear request for supporters to act as nothing more than vigilantes, to intimidate or outright prevent Kenyans from traveling. Not only is NASA effectively hiring a mob to bully citizens concerned about their safety. They are also quite simply encouraging the denial of the basic right of free movement. There are already report from the Machakos bus terminal in Nairobi that gangs of youths are questioning travelers and determining who is ‘eligible’ to leave the city and who is not. More to the point, they are warning “If you are a voter registered in Nairobi, we shall not allow you to board vehicles,” in an outrageous attempt to restrict travel based on NASA’s voting requirements.

“Adopt a Bus Station” is nothing more than NASA trampling on the most basic rights of Kenyan citizens. During this campaign, NASA has had no qualms about questioning the law and attempting to manipulate the law. But “Adopt a Bus Station is an actual attempt to undermine the law, to coerce Kenyans, based on no authority whatsoever. It is yet more evidence that when it comes to Raila’s bid for power, anything goes. As if attacking the integrity of the IEBC and the army wasn’t distasteful and destructive enough. As if a tallying centre in another country, to undermine our own electoral system wasn’t repugnant enough. NASA has now resorted to the naked intimidation of the Kenyan public. NASA must be desperate.