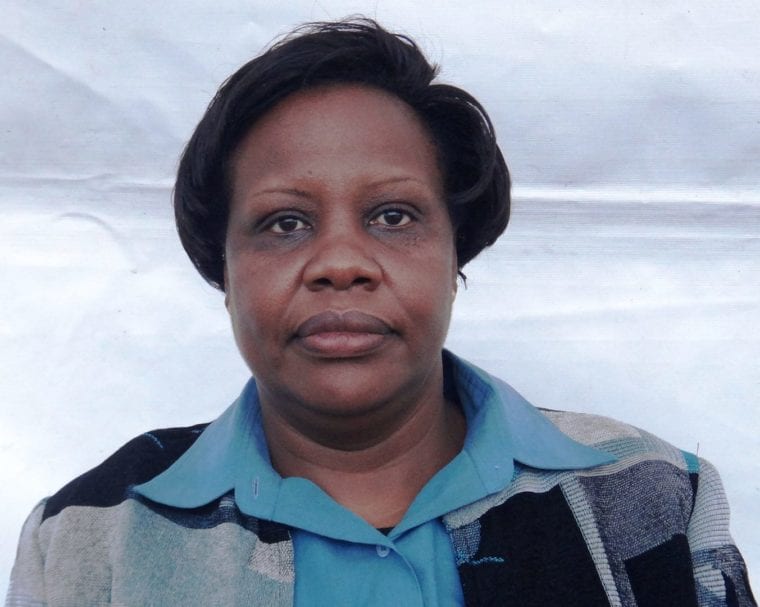 Governor Chepkwony said the late Susan had been admitted to the Siloam Hospital in the county four days ago with severe acute respiratory syndrome and was placed on respiratory support.

According to the statement, Susan was under the keen care of the county medical staff who put all the effort to give her the best medical treatment.

She was discharged from hospital on Thursday night according to a family member and re-admitted on Friday with breathing complications.

Citizen Digital understands that the late Susan was placed on ventilator support on Friday night when her condition deteriorated.

She was pronounced dead at 9.15am on Saturday.

In his message of condolence to her family, Governor Chepkwony eulogised the late Susan as an industrious, hardworking, intelligent woman whom he relied on in the execution of his mandate as the county boss.

“No words or tribute may be sufficient to express this huge loss but we thank God for the time Susan lived with us. We will all remember Susan as an exceptional leader who was never afraid to fight for what she believed in and also ready to make peace when the time was right,” Governor Chepkwony said on Saturday.

He added: “In her life, Susan made invaluable contributions for the wellbeing of the people of Kericho county and particularly championing for the rights of her fellow women,”

Data from the health ministry indicates that Kenya’s death-toll from coronavirus is currently at 1,982.

According to the Business Daily, his deputy Amos Nyaribo had also contracted the virus at the beginning of November and was treated at various hospitals in Nairobi for three weeks.

He was sworn in as the new Governor of Nyamira County on December 29, 2020.

Nyaribo became the fourth deputy governor to assume office following the deaths of four governors between 2013 and 2020.

The other three governors who died are Nderitu Gachagua and Wahome Gakuru (Nyeri County) and Joyce Laboso (Bomet County).

Gachagua died in February 2017 while undergoing treatment for pancreatic cancer at the Royal Marsden Hospital in London.

In November the same year, Gakuru died in a grisly road accident on Thika-Sagana highway.

Bomet Governor Joyce Laboso died at the Nairobi Hospital in July 2019 after after a long battle with cancer.