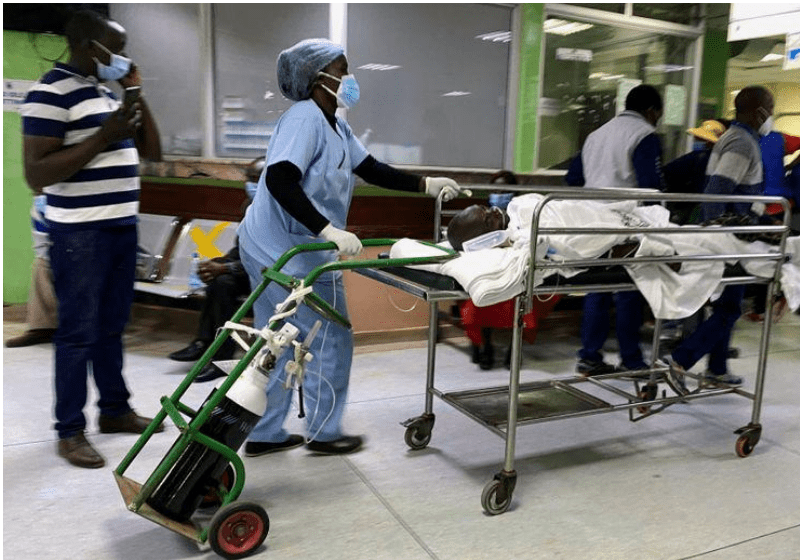 Kenya’s COVID-19 positivity rate has risen to 16.3 percent, with 486 new infections recorded in the last 24 hours.

According to a statement released to the media on Monday by the Ministry of Health, the new infections were realized in 2,989 samples.

The total number of confirmed positive cases in the country has now reached 146153, with 1,564,827 samples tested so far.

According to the statement, the new infections include 457 Kenyans and 29 foreigners, with 278 males and 208 females.

Currently, there are 1,645 patients admitted to various health facilities across the country, with 6,063 patients on Home Based Isolation and Care.

Meanwhile, 115 recoveries have been reported in the last 24 hours, bringing the total number of recoveries in the country to 99,095.

According to the Ministry of Health, 61 new recoveries came from various health facilities, while 54 came from the Home Based and Isolation Care program.

At the same time, 20 new deaths have brought the total number of casualties to 2,368.

Two of the new deaths occurred within the last 24 hours, five within the last month, and 13 were late death reports that occurred on different dates and were reported after facility record audits, according to the Ministry of Health.