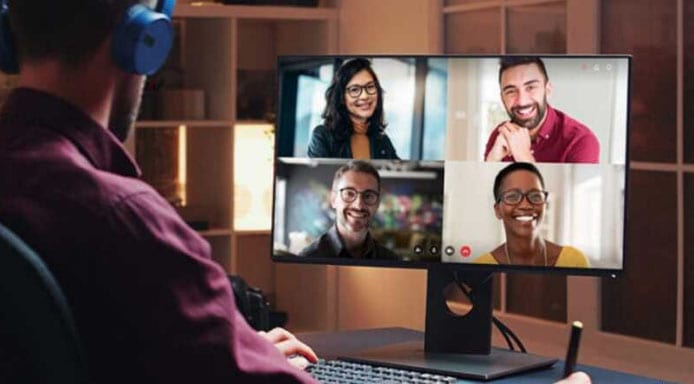 A Kenyan company has developed Gumzo–a video conferencing application, the first made in Africa, designed to be more affordable than foreign counterparts.

Gumzo, which means “chatting” in Swahili, is free to join and costs only Ksh.106.45 ($1) per week for users who want to host meetings.

Eight weeks — that’s the amount of time it took for the first African-made video conferencing system to be created.

Gumzo was made in the offices of Usiku Games, a Nairobi company that until a few months ago, focused on making video games for the African market.

In the wake of COVID-19, only a small staff routinely reports to the company’s office.

But that didn’t stop Usiku’s coders and programmers from quickly developing and rolling out the video conference app.

Jay Shapiro, Usiku’s CEO, said Gumzo is built to be used on the wide variety of devices used across Africa.

“Africa is a mobile phone first continent and so you have to have a platform that works on mobile devices [that are] older, less memory and so that’s why we built a download app that is web-based and is accessible on all smart phones or PC or tablets to try and reach as many people as we can,” he said.

In early March, the Kenyan government closed all learning institutions in a bid to curb the spread of coronavirus.

About 17 million students have been kept out of schools since.

Teachers have used a variety of conferencing apps, including Zoom, Skype and WhatsApp, to keep in touch with students.

Gilbert Walusimbi, a teacher at Upper Hill High School in Nairobi, is one of the users of Gumzo.

On average his video conferencing class has forty-five students.

Walusimbi likes the fact that he can have an unlimited number of students in meetings and still have clarity because Gumzo’s servers are in Kenya and South Africa.

However, Walusimbi adds that digital access to all learners is an issue.

“Now the challenges are where that particular receiver, that is the student is, because not every area in the country has the infrastructure for receiving this particular type of digital learning material. Electricity is also a challenge in some areas,” he said.

Vincent Omondi, an information technology expert at Makini School in Nairobi, points out that the digital divide in Africa could pose a challenge in the uptake of emerging innovations and technologies.

“The latest statistics that we have 2019 that was conducted by the International Telecommunications Union, 29 percent of the population in Africa had access to internet. After internet access there’s now the issue of device, the appropriate devices to use to access video conference softwares that would also play a big challenge,” said Omondi.

Although the digital divide in Africa is still quite large, Usiku hopes that Gumzo will help make it smaller.