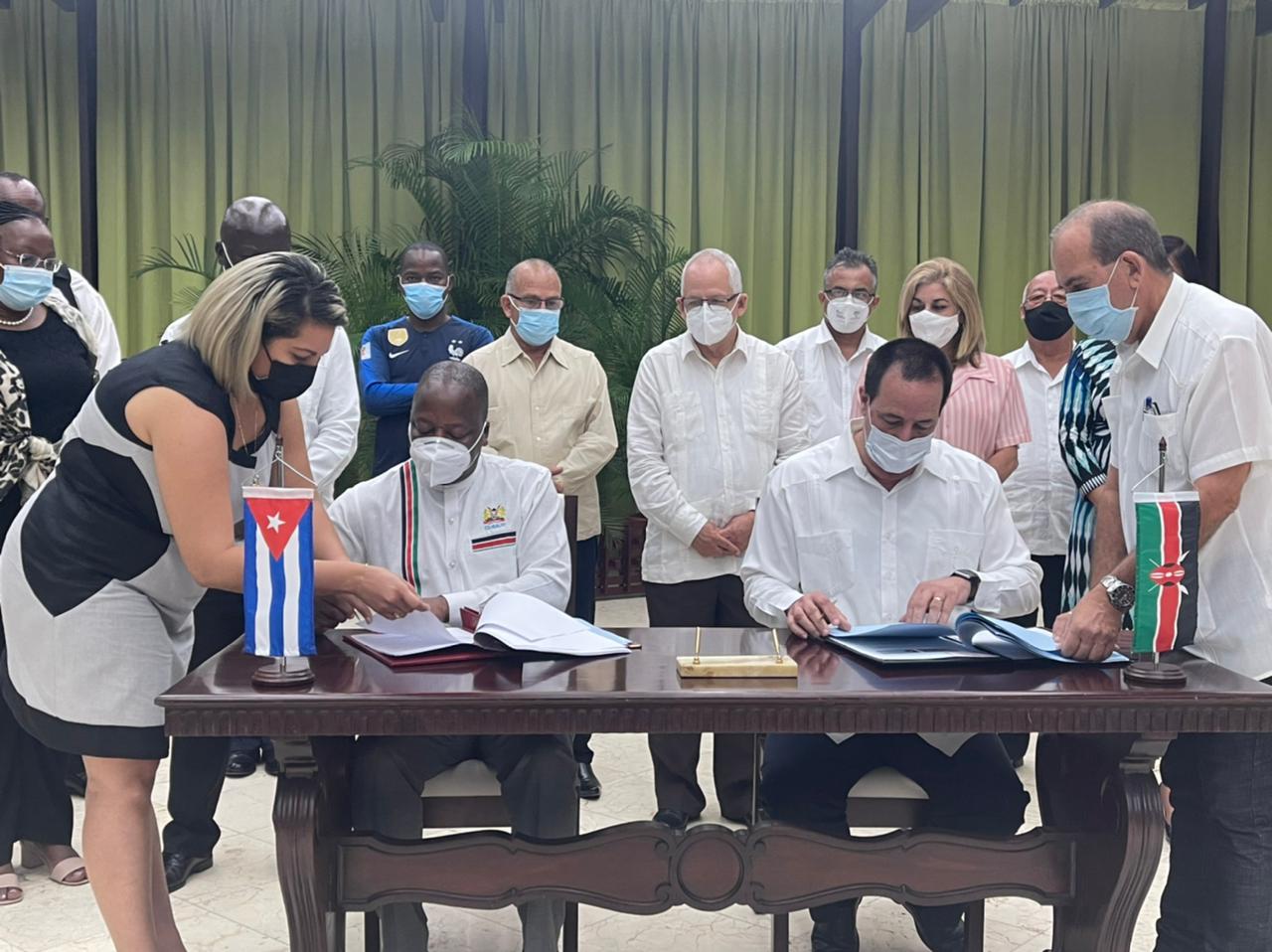 Kenya has signed a new cooperation agreement Cuba which will see a brigade of 101 specialist Cuban doctors travel to Kenya as part of a medical exchange program between the two countries.

The deal was signed during a meeting that took place during the CS’s three-week mission to Cuba to strengthen Kenya’s primary healthcare.

Speaking in Havana, Cuba, the two counterparts praised the two countries’ positive working partnership that has existed since 2001, particularly in the health sector.

He went on to say that Cuban doctors have been a vital pillar in the fight against the current Covid-19 outbreak, as well as other areas of partnership.

“There are many opportunities in Cuba that remain untapped, especially in the area of pharmaceutical, biotechnology, and vaccines. We look forward to a more robust collaboration,” the CS said.

CS Kagwe also stated that the Kenyan government is concerned about the safety of Cuban doctors, stating that President Uhuru Kenyatta is committed to the safe return of doctors Assel Herrera and Landy Rodriguez, who were kidnapped by suspected al -Shabaab militants two years ago.

The Cuban visit comes at a time when Kenya’s primary healthcare system is being improved and strengthened as a means of achieving universal healthcare.

According to the CS, the Ministry of Health has been working to improve health systems, particularly public health facilities, in order to provide affordable health care to all.

The goal of these efforts is to shift Kenyan health care from a curative to a preventive strategy, focusing financial and human resources on primary health care.

As part of this aim, in March 2018, the government began implementing a health accord agreed with Cuba in 2017, which included bringing in several Cuban doctors to help fill shortfalls in County hospitals.

In addition, Cuban health workers have come to the nation to assist in the mapping of critical mosquito breeding locations as part of disease control efforts.

This will be accomplished by a two-year project focusing on the application of biological approaches for mosquito vector control.

For the first time, the country is launching a Malaria-eradication effort.

Ksh. 24 billion has been designated as the target for this goal. Kenya is one of four nations where a Malaria vaccine is being tested in clinical trials.

As a result, numerous Malaria-endemic regions have seen considerable reductions in infections and deaths.