By Maureen Murimi For Citizen Digital 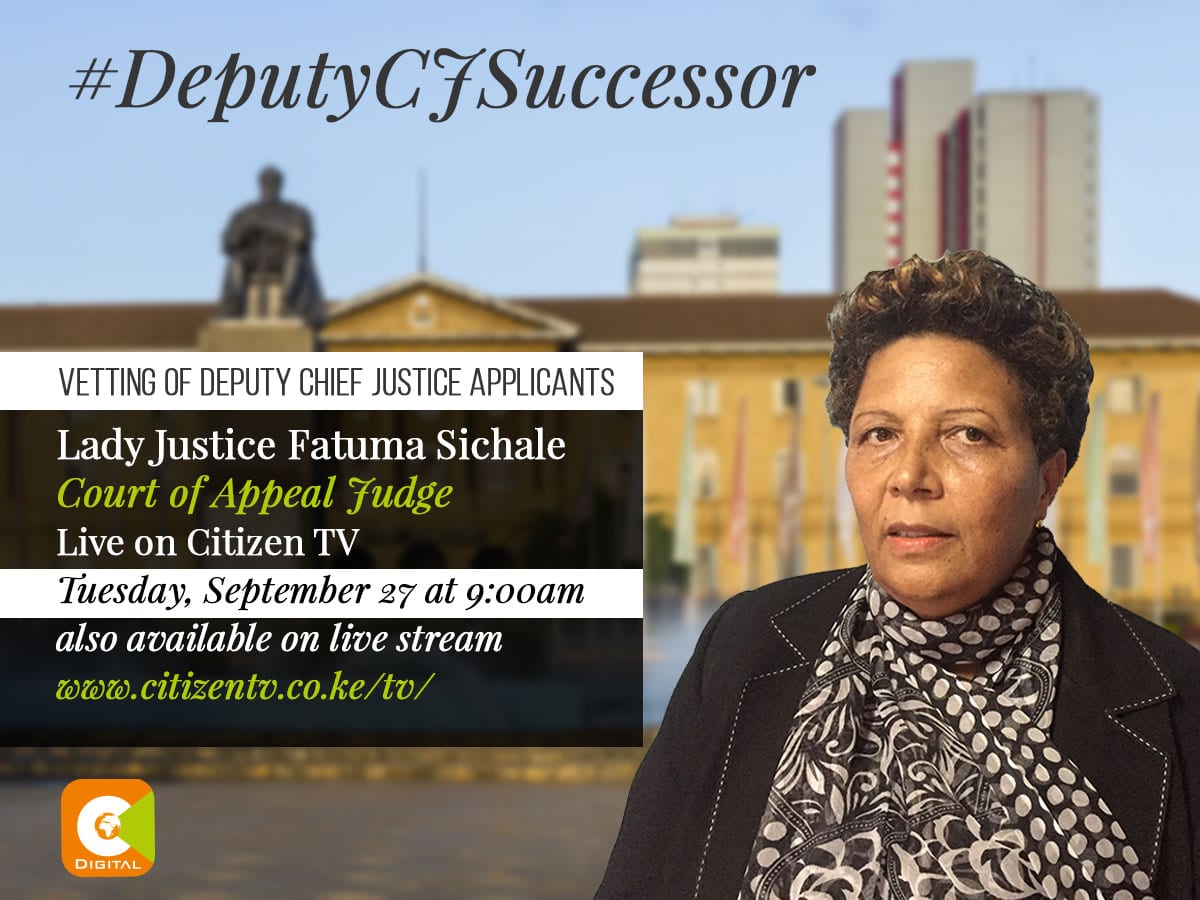 The search for the Deputy Chief Justice (DCJ) to replace Kalpana Rawal, who retired upon achieving the Constitutional age of 70 years, entered its second day Tuesday, September 27.

Justice Sichale appears before the Judicial Service Commission (JSC) interview panel at 9:00 am while Justice Okwengu appears at 2:00 pm.

Sichale was born in 1958 in Trans Nzoia County in Western part of Kenya.

She attended Kapsabet Girls School before joining Alliance Girls for her ‘A’ levels between 1976 and 1977.

She then proceeded to University of Nairobi in 1981 for her Bachelor of Laws degree.

She was admitted to the Roll of Advocates in 1983 and subsequently worked as a Magistrate. She was later promoted to Resident Magistrate until 1987 when she went into private practice in Kitale and Nairobi.

She joined KACC through the board in 2003 when she was appointed the vice-chair. In August 2004, she was picked by Aaron Ringera and appointed an Assistant Director in the Kenya Anti-Corruption Commission (KACC), rising to deputy director in 2005. She resigned from KACC in October 2009. 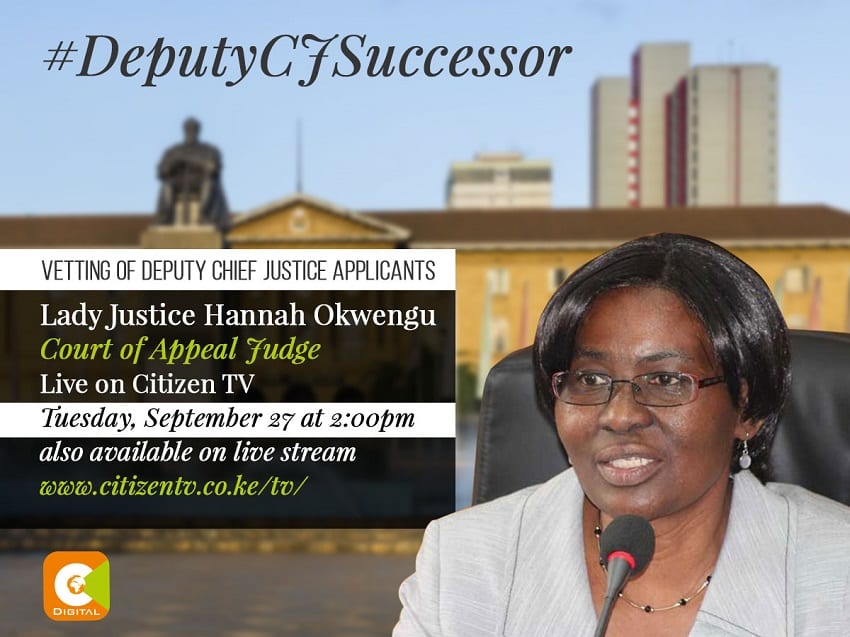 On the other hand, Justice Hannah Okwengu is currently a Judge of the Court of Appeal based in Nairobi.

Justice Okwengu graduated with a Bachelors Law degree in 1979 from the University of Nairobi.

She first worked as a Land Registrar in Mombasa, before moving to the Municipal Council of Mombasa where she worked as an Advocate for 3 years.

Lady Justice Okwengu then joined the Firm of S.K. Mwangi & Co. Advocates where she worked for about a year before moving to the Judiciary as an Ag. Resident Magistrate in October, 1983.

Between 1983 and 1999 Lady Justice Okwengu rose through the ranks to the position of Chief Magistrate.

In 1999, Hon. Lady Justice Hannah Okwengu was appointed by his Excellency the President of Kenya as Assistant Director Kenya Anti-Corruption Authority (KACA) for a five year term.

She set up the Prosecutions Department of the Authority and commenced active prosecution of corruption cases. Her appointment ended prematurely in October, 2001 after KACA was disbanded following a High Court decision declaring KACA unconstitutional.

Okwengu returned back to the Judiciary and was posted to Mombasa as Chief Magistrate, a position she held until May, 2003 when she was appointed a Judge of the High Court and posted to Nyeri High Court.

Apart from Nyeri High Court Hon. Lady Justice Okwengu has worked in Milimani Commercial Court and is currently based at the High Court in Nairobi.

Justice Okwengu is married, has 2 sons, 2 daughters and 4 grandchildren.