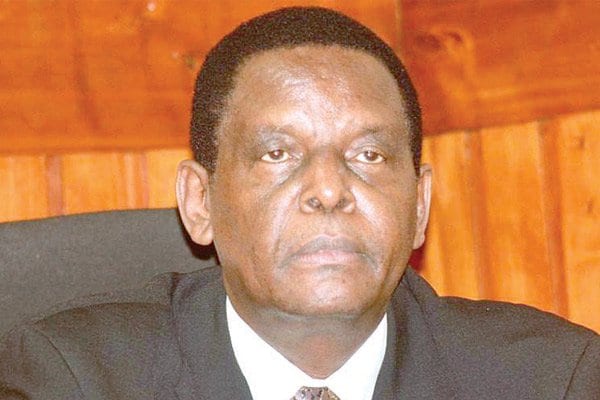 Embattled High Court judge Martin Muya has filed a notice of appeal at the Supreme Court saying that he is dissatisfied with the tribunal decision that investigated his conduct and recommended his removal.

The judge was found guilty of gross misconduct in respect to a judgement he delivered on May 30, 2017 in Bomet.

Justice Muya is accused of bias, abuse of office, incompetency and gross misconduct in the manner he handled a case where NIC bank had been sued by two petitioners.

On Friday last week, the tribunal, which was formed by President Kenyatta to probe Justice Muya, submitted its report, unanimously recommending his removal.

Through lawyer Phillip Nyachoti the judge now says that he intends to appeal the whole decision and its findings which recommended that the President fires him.

Justice Muya claims that his decision and actions in the said case did not amount to gross misconduct and warranting his removal from office .

He now wants the court to quash the decision of the tribunal and recommendations and he be allowed to assume his duties.

The petition against the Justice Martin Mati Muya was filed by NIC Bank which was the defendant in Bomet HCCC No. 4 of 2016 Alfred Kipkorir Mutai & Kipsigis Stores Ltd -Vs- NIC Bank Limited.

“In that case, the Hon Judge, after numerous adjournments, granted an injunction and reserved the reasons thereof for a period of 5 months. This was in total disregard of the pleas by the NIC Bank that the motor vehicles that had been given to it as security were being sold and were eventually sold thus occasioning loss to the bank,” the Judicial Service Commission (JSC) earlier said when it asked the President to form the tribunal to probe Justice Muya.