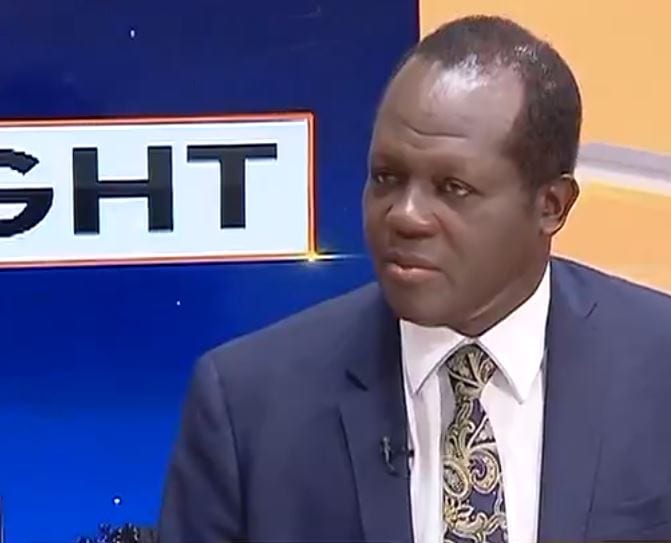 Jubilee Party Secretary General Raphael Tuju has come out to criticize politicians engaging in debates about the 2022 presidential election saying that energy should be used to address serious issues such as drought.

Tuju, in an interview on Citizen TV’s Newsnight on Tuesday, condemned the much-heated conversation about who will succeed President Uhuru Kenyatta saying he sympathizes with anybody who focuses on the future instead of the present.

“I think it is so arrogant of all of us who spend so much time and resources talking about 2022. And, in fact, it is in many respects almost sacrilegious. We should be spending our time dealing with drought or the warnings of not enough rain,” he stated.

“Some of the people who claim that they’re supporting the Deputy President against a different group… I don’t think they’re doing him much justice because the DP himself has been extremely modest, he’s not desperate to be the President in 2022.”

The Jubilee Party SG also spoke out against the now popular habit by Kenyan leaders to fire salvos at each other in churches during the weekends saying addressing political issues at places of worship is inappropriate.

He, however, commended worshipers and leaders from the Muslim community – such as Garissa Township MP Aden Duale – for not condoning the act.

“I think it is inappropriate in many respects the kind of campaigns we have in churches over the weekends with different politicians making several political statements,” said Tuju.

Tuju also denied claims of a split in the Jubilee party membership into ‘Tangatanga’ and ‘Kieleweke’ camps saying he is yet to receive a letter of resignation from any member.

“As Secretary General of the party, I’m very fortunate that I keep a registry of members; and in my registry they’re all Jubilee members, they have not written any letter or any official communication to tell me of any other formation in which they belong,” he said.

He, however, commended the handshake between President Kenyatta and opposition leader Raila Odinga saying it has brought the country more good than harm.

According to Tuju, the government was spending Ksh.30 million daily to mobilize the country’s security forces during demonstrations by supporters of the opposition alliance following the disputed election; money which, according to him, has now been saved.

“Since the handshake, for the nine months after, the Kenyan shilling strengthened against the U.S dollar and was the second strongest currency in the whole world (after the U.S dollar) because there was a certain level of calm which came into the country. The credit rating of this country has remained stable because of that handshake,” he said.

He also rubbished any ambitions of running for the Siaya gubernatorial race in upcoming elections saying he wasn’t interested.