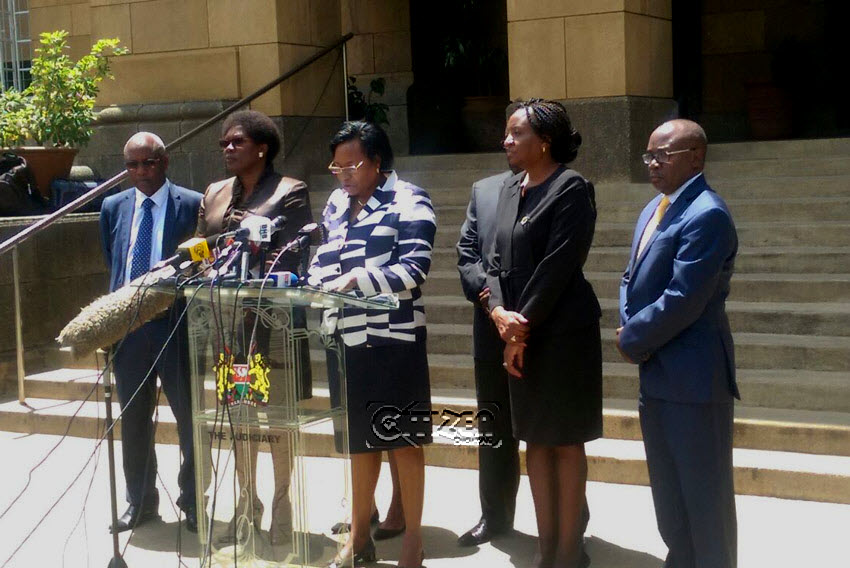 The Judicial Service Commission (JSC) has ruled out making public the criteria used to shortlist applicants for the post of the chief justice (CJ).

In a letter presented to court, the JSC further said that the shortlisted applicants were shortlisted as they met the requirements prescribed in Article 166(2) AND (3) of the Constitution and the criteria specified in the Judicial Service Act 2011.

The lawyer representing the commission, Njoroge Regeru, said there is need to fill the three vacancies as expeditiously as possible, adding that the matter of recruitment of the holders of the top most judicial positions is a matter of great public concern.

Regeru presented the letter in a case in which Yash Pal Ghai wanted the JSC compelled to provide information on the shortlisting of applicants for the positions of CJ, DCJ and Supreme Court judge.

Ghai, who is Katiba Institute director, accused the commission of denying the public crucial information on how candidates were recruited, and termed it a violation of the law.

He also accused the Judicial Service Commission of failing to facilitate accountability and the transparent administration of justice.

Six candidates were named to vie for the Chief Justice position formerly held by Willy Mutunga who retired early.

Thirteen women out of 15 applicants were shortlisted for the Deputy Chief Justice post whose former holder – Kalpana Rawal – was retired at age 70.

Meanwhile, Justice George Odunga has granted a request by Yash pal Ghai and Samwel Mohochi to amend their petition to suit the current situation in the CJ recruitment process.

This is a after the two termed information given by JSC as insufficient and denial to information.

The judge has also enjoined the ARTICLE 19 NGO in the matter. The parties have been directed file and serve each other with the court documents latest Monday 2nd August 2016 in the morning so that they be heard in the afternoon.