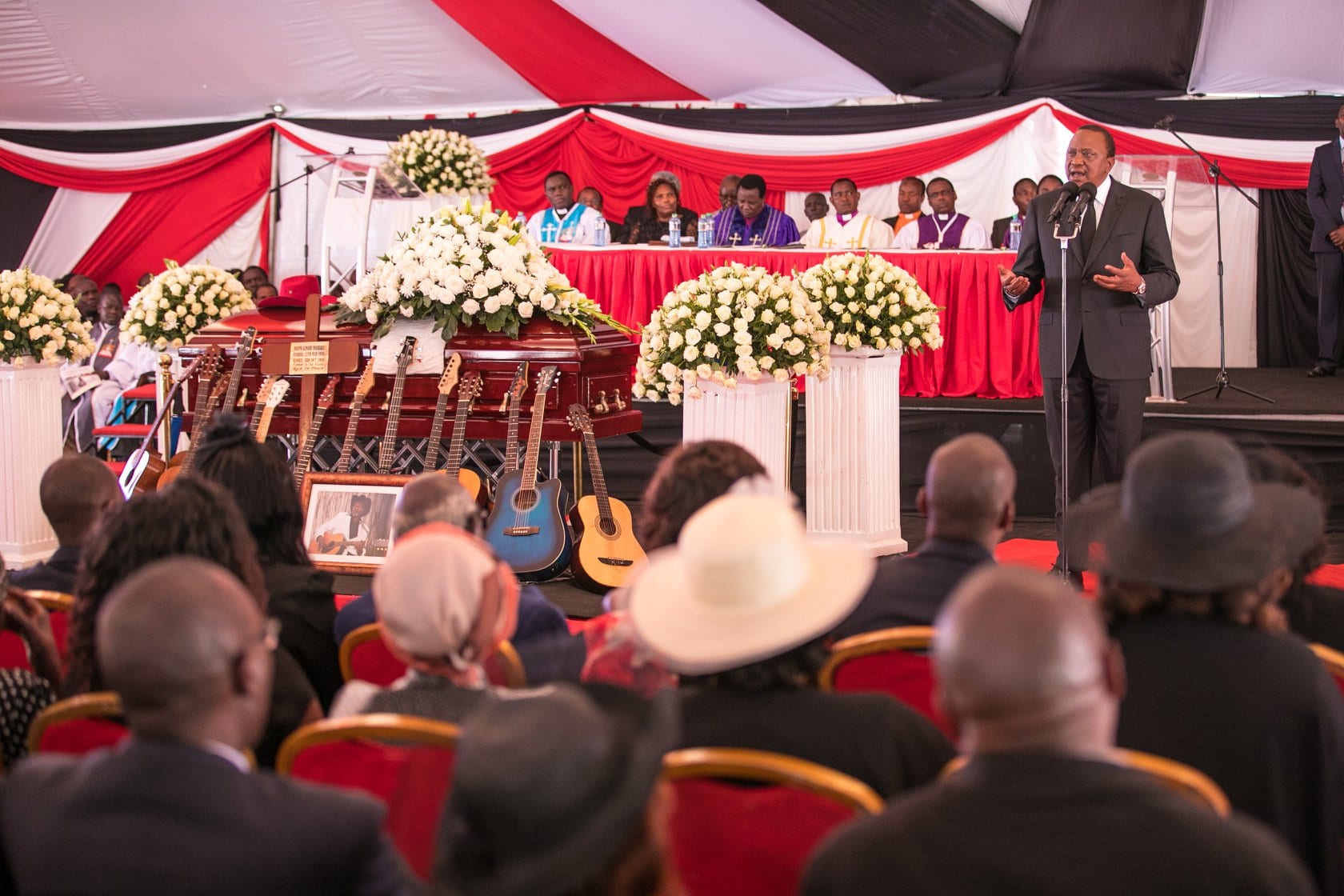 Hundreds of people gathered in Muthithi secondary school on Friday for the final send off of Musician Joseph Kamaru who passed away last week.

Kamaru who passed away aged 77 and is known for his activism, love and political related songs in the past three decades, releasing a record more than 1000 songs.

Kamaru was the main performer in President Uhuru Kenyatta’s wedding in early 1990.

Termed a Prophet in Kenyan politics, Kamaru was vocal in speaking against bad governance and political intolerance.

He spoke against the killing of political leaders who were of different opinions led by the late JM Kariuki.

The benga maestro has been eulogized by Kenyans as a legend whose music helped shape the cultural, social and political scenery of the country.

The late musician was mourned by President Uhuru  and other leaders as a revolutionist who was interested of uniting Kenyans through songs and peaceful political engagements.

His career started in 1965 and leaves behind tunes that are timeless including Muhiki Wa Mikosi and Ke Ngwitikirie has been influencing the music scene in his homeland of Kenya since 1967.

Others include Celine, Thina Wa Kamaru and Tugatigitihanio, were rhythmic dance tunes, and his performances were “x rated, adult only” themed before he got born again in 1993.

He was suffering from Parkinson’s disease and was in and out of hospital since last year.

He was married to two wives and they had five children.