Is Tanzania having a Hillary Clinton moment? 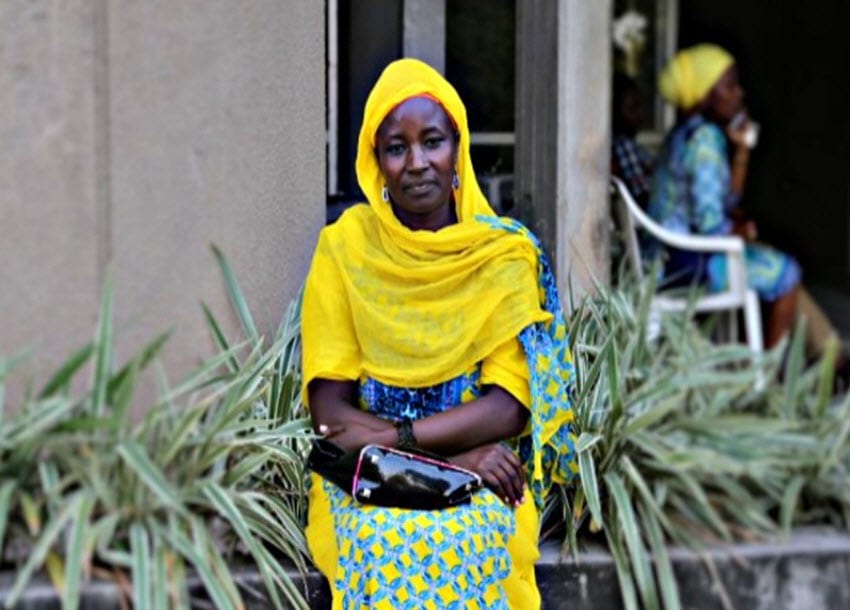 Rehema Mayuya has caused quite the scandal. It started when she convinced her 56-year-old husband, Thabit Yusuf Fundil, to return his 13-year-old bride. Ever since, Mayuya’s relationship with her husband’s family has been strained.

“Why should you let your wife tell you what to do? Why is this lady all in your head?” they ask him.

In the Muslim community of Mkuranga, Tanzania, the outspoken, college-educated Mayuya is a bit of an anomaly. She has long been a champion of women’s rights, and two years ago she founded the Tanzania Reform Culture Association, which aims to encourage more woman to enter local politics.

While Mayuya’s in-laws may struggle to understand her, many local woman have come to see her as a source of inspiration.

“Rehema has been successful on the front line in mobilizing women to get together. She says that’s the only way we can go forward,” says Sihaba Jaffar Lubaha, a local farmer.

Muyaya launched her organization after a close friend died in childbirth. As a result, women’s health is of particular importance to her, and is a major reason that she is not only running for local office, but encouraging other woman to do the same. Tanzania has one of the world’s highest maternal mortality rates. At 578 deaths per 100,000 live births, that means 25 women die in childbirth roughly every hour.

“If you become a member of parliament, you obviously become the head of development projects in the constituency,” she notes.

“You can oversee interventions and make sure that water is available and accessible for the people and also health services are provided.”

Mayuya is one of dozens of women who travel to the capital, Dar es Salaam, weekly to attend leadership training at the Tanzania Gender Networking Program (TGNP). The TGNP is just one of more than 60 women’s groups advocating for a stronger representation of women in Tanzania’s government.

“We think that when women are at decision-making tables, many things will change,” explains TGNP executive director Linda Liundi, whose organization trains members in crucial political traits, such as fundraising and public speaking.

In the last couple of years, several similarly-minded groups have formed in the country — so many, in fact, that they have formed a coalition, ULINGO, in partnership with UN Women. One of the coalition’s aims is to incorporate a list of 12 pro-female “demands” into a new draft of the constitution (in 2012, President Jakaya Kikwete called on citizens to offer input into a revised version, though the referendum has since been postponed).

The coalition has given many the confidence to run for office.

“We realized the power of unity, and that is how we are also going towards the election,” says Valerie Msoka, the director of another women’s group, Tanzania Women Lawyers.

Female politicians who have tried to break Tanzania’s low-set glass ceiling have traditionally paid a high price. Anna Senkoro, who ran for presidency under the Progressive Party of Tanzania-Maendeleo in 2005, was essentially abandoned as soon as her star began to rise, according to Dr. Helen Kijo-Bisimba, the executive director of the Legal and Human Rights Centre. Even after Senkoro later suffered a stroke, no one from her party visited her in hospital.

“As soon as she became famous, the party leadership, the men, thought: ‘she is taking our glory!'” says Kijo-Bisimba.

Members of ULINGO also point out that the media is usually far from kind to female candidates. As a result, the coalition is also invested in retraining journalists and editors to be more female friendly.

“We want (the media) to understand that when you interview a woman, don’t only look for the negatives, like, ‘Oh, you’ve had an affair with someone.’ Why don’t you ask the same question to the men? And why is that important? Is it the issues that she is campaigning for or is it her as a person?” asks Msoka.

This election cycle, more women seem to be finding their voice. In June, Amina Salum Ali — the former African Union ambassador to the United States — became the first woman to announce her presidential candidacy since Senkoro in 2005. Shortly thereafter, three other women stepped forward to run.

Ultimately, though, it’s up to the party to nominate their candidates, and none of the women were chosen. Regardless, 2015 has been a seminal year; John Magufuli, the presidential nominee of the ruling party — Chama Cha Mapinduzi — has chosen a female running mate: State minister Samia Suluhu Hassan.

Mary Rusimbi, the executive director of another women’s group, Women Fund Tanzania, believes the advocacy of institutions like hers has helped to make a difference.

“We had a hand in it,” she admits. “We came out in the papers to say, ‘you must start bringing women into the nomination level, and if you don’t do that and support the gender agenda, then we will mobilize women not to vote for you.'”

Whether these tactics will work in the long run remains to be seen, but so far, the outlook is good.

“We have broken ground, and we will continue,” says Rusimbi.