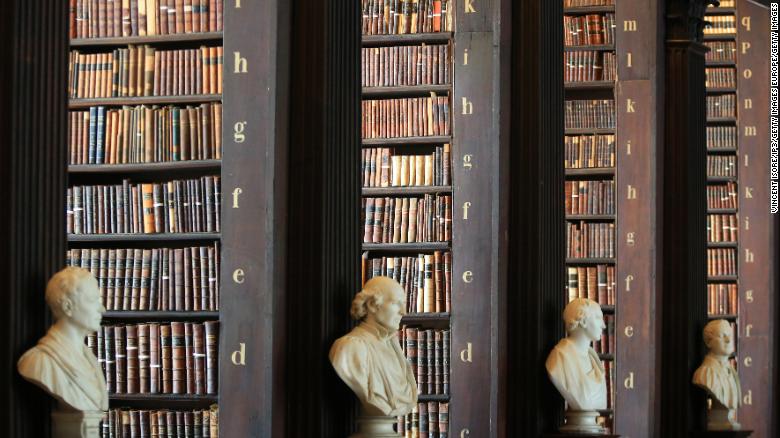 Ireland has announced a new plan to combat gender inequality in higher education by creating women-only professor positions across its universities and technology institutes.

Minister for Higher Education Mary Mitchell O’Connor said the project would ensure that 40% of Ireland’s professor-level positions would be held be women by 2024.

Speaking at the Gender Action Plan for Higher Education’s launch in Dublin on Sunday, O’Connor said that increasing female representation at the highest academic level would “underpin the transformation and cultural change” necessary to ensure that Ireland’s higher education “fully realizes the benefits of gender diversity.”

The action plan follows the recommendations of a new gender equality task force report that said that women have been historically underrepresented in senior positions across the country’s universities and technological institutes.

Women make up 51% of entry-level teaching jobs in the university sector, but only 24% of professor posts are filled by women, according to the report. There has never been a female president at any of Ireland’s seven universities and only two of the 14 presidents in the technology institutes have been women, it said.

Under the new plan, 45 senior academic jobs will be earmarked for women over the next three years, with up to 10% of grant funding linked to an institution’s performance in addressing gender inequality.

This morning #fearlessgirl .@StateStreetGA witnessed the Government's initiatives on tackling gender inequality in Higher Education. They will underpin the transformation & cultural change essential to ensure that our HE sector fully realises the benefits of gender diversity. pic.twitter.com/xGW5LzXAqP

“Gender inequality, as we all know, is deeply ingrained in our society — and this action plan will improve gender equality in higher education institutions, offering practical solutions to achieve our stated goals,” Varadkar said.

He added the positive change would create a domino effect for young female students, saying that female role models in higher academic positions would set an example.

Varadkar also said that he understood some academics might have “mixed feelings” about the measure, but that it was a necessary step in correcting gender imbalance.

Pat O’Connor, who in 1997 became the first woman to be promoted to full professorship at the University of Limerick, told CNN that the measure was an “excellent step,” considering that a woman’s chance of accessing a professorship varies from one in nine to one in 31, depending on the institution.

O’Connor added that universities have long known that gender imbalance has been a problem and that it was time for university leaders to step up.

“This is one part of an overall package to help universities, but I also believe it is up to the presidents of the Irish universities to respond to the challenge,” O’Connor said.

While the plan has been widely hailed as a positive step by women’s rights groups across the country, data shows that closing the gender inequality gap will take time.

It could take 20 years to achieve gender balance in higher education, the report said, noting that other countries that have made considerable efforts to improve standings were still lagging behind.