Indian media have gone easy on Modi. That’s changing because of the pandemic 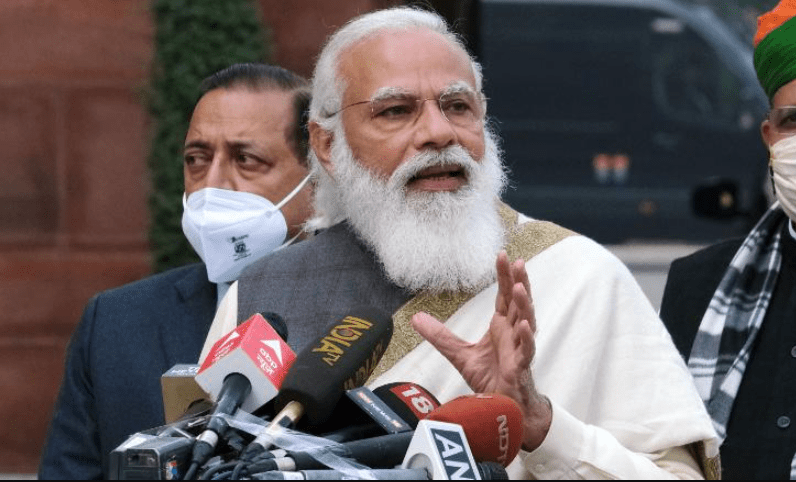 Om Gaur is in the middle of the most heart-wrenching story of his career as a journalist.

Earlier this month, Gaur — the national editor at Dainik Bhaskar, one of the world’s biggest-selling newspapers — got a tip that dead bodies had been spotted floating in the Ganges River in Bihar, a state in eastern India.

Given how decomposed the corpses were, officials in Bihar suspected they had come from further upstream — possibly from Uttar Pradesh, the highly populated state where Gaur is based. So he sent a team of 30 reporters to over 27 districts to investigate.

After hours of searching, the team found more than 2,000 bodies floating or buried along a 1,100-kilometer (684-mile) stretch of the Ganges, which is considered a holy river to most Hindus. Dainik Bhaskar, one of India’s biggest Hindi-language newspapers, published its story last week with the headline, “Ganga is ashamed.”

“I have never seen anything like this in my 35-year-long career,” Gaur told CNN Business.

For weeks, India has been engulfed by a brutal second wave of Covid-19 infections, with millions of new cases. There have been nearly 300,000 Covid-related deaths recorded by the Health Ministry since the pandemic began, even though the actual figure is likely much higher.

While the human toll of the disease has been immense, journalists like Gaur are not just covering the tragedy of the situation. They’re also fighting for transparency and accountability from a government that has tried to clamp down on criticism of Prime Minister Narendra Modi and his handling of the pandemic.

As the crisis unfolded, Modi was initially slammed by the international press for not doing enough to prevent the catastrophe, and for downplaying the number of fatalities. The chief minister of Uttar Pradesh, who is a close ally of Modi, has been accused of intimidating citizens and journalists reporting on oxygen shortages in the state. New Delhi has even asked Twitter to remove tweets about Covid-19, including some that were critical of Modi.

“People have been telling me not to fight with the administration,” said Gaur, who has not only written about alleged data-fudging by the administration, but has also criticized the authorities for the insensitive manner in which the uncovered bodies were finally cremated. The state has now started patrolling the river, to prevent dumping of bodies.

“State officials have tried to stop our coverage several times in the past few days, and have even threatened us with a court case,” he added.

Since that first article, his paper has continued to count bodies in the Ganges and hold politicians accountable for the crisis — not just in Uttar Pradesh, but in other parts of India as well.

The spiraling crisis has overwhelmed India’s health care system in several states. Beds, oxygen and medical workers are in short supply. Some patients are dying in waiting rooms or outside overflowing clinics. At cremation grounds, bodies are piling up faster than workers can build new pyres. While the situation is improving in bigger cities now, rural parts of the country might continue to struggle.

Critics of the government — from opposition politicians and judges to regular citizens and even a prestigious medical journal — say that despite the scale of the tragedy, the country’s leaders have focused more on image management rather than tackling the disaster. The government, meanwhile, has said that it wants to stop individuals from spreading fake or misleading information.

To get the real story, many media outlets have increasingly been doing some traditional shoe-leather journalism.

This reporting has surprised many readers: India’s vast media have become increasingly subservient to Modi’s government since the Hindu nationalist was first elected Prime Minister seven years ago. The ruling party has used a range of tactics, ranging from forcing advertisers to cut off outlets that are critical of its policies to shutting down channels, to ensure the press is reshaped into its cheerleader.

But papers like Dainik Bhaskar “have not pulled their punches and have really gone after the government” with their coverage of the pandemic, even as some prominent TV channels remain as “sycophantic as ever,” he added.

In Modi’s home state of Gujarat, three of the top local language newspapers — Sandesh, Divya Bhaskar and Gujarat Samachar — have consistently questioned the official statistics on the second wave through their coverage.

Divya Bhaskar reported in mid-May that nearly 124,000 death certificates had been issued in the prior 71 days in Gujarat, about 66,000 more than during the same period last year. The state government reported that only 4,218 were related to Covid. Most recent deaths have been attributed to underlying conditions or co-morbidities, Divya Bhaskar said, citing doctors and families of victims.

The newspaper said its journalists dug out the data by going to districts and municipal corporations.

Similarly, Sandesh, a Gujarati newspaper that dates back nearly a century, has been sending its reporters to mortuaries, hospitals and crematoriums to count the dead so the paper can publish daily figures. And, on May 9, the Gujarat Samachar newspaper criticized a decision by the Modi government to press ahead with a planned $2.8 billion renovation of Parliament, with the headline: “Even as people are fighting life-and-death situations, public servant becomes dictator.”

This type of accountability reporting hasn’t been the norm at many leading Indian media outlets for the past few years. But it is hard to sell the government’s narrative to readers as Covid-19 cases continue to rise uncontrollably across the country.

“The pandemic concerns 99% of the population. They [media owners] are also shrewd businessmen and they know that toeing the government line at this point makes no sense,” said Mahesh Langa, a Gujarat-based journalist with the English language The Hindu newspaper, which has also written about the large-scale of under-reporting of deaths in the state.

But pushing back on Modi may also be bad business for newspapers, as government ads are a major source of revenue, especially as the pandemic-related economic slowdown has hit other advertisers hard. And while firewalls exist to isolate business interests from the editorial operations, those barriers can sometimes come under pressure during troubled times.

Prominent Indian media groups also have interests in other industries, according to a report by Reporters Without Borders, which said most of the leading companies are owned by “large conglomerates that are still controlled by the founding families and that invest in a vast array of industries other than media.” For example, the family that owns the Dainik Bhaskar Group also has businesses in sectors ranging from real estate to power. Reliance Industries, the conglomerate headed by Asia’s richest man Mukesh Ambani, owns Network 18, which includes the CNN-News18 TV channel, a CNN affiliate.

Promoters of many TV channels and newspapers need to stay in the good books of the ruling party, said Sekhri of Newslaundry. They “tread on eggshells” when it comes to the government because they need favorable regulatory policies for their various businesses, which can range from telecom to oil, he said.

However, it is becoming increasingly difficult for many media platforms to be servile when there is mounting public anger against Modi’s Bharatiya Janata Party, Sekhri added.

“They realize their reporters will get beaten up if they go on the streets,” and not report the truth, he said.

But telling the truth can get journalists in trouble. “India is one of the world’s most dangerous countries for journalists trying to do their job properly,” according to Reporters Without Borders, which ranks the nation 142 out of 180 regions on its World Press Freedom Index.

“In the last decade, 154 journalists in India were arrested, detained, interrogated or served show cause notices for their professional work,” according to an analysis by Free Speech Collective. “Sixty-seven of these were recorded in 2020 alone.”

There’s also the mental toll that doing such reporting takes. “If you are not mentally strong, you will not be able to stand the scenes that unfold in the field,” said Dhaval Bharwad, deputy chief photographer for Divya Bhaskar, which is also owned by the Dainik Bhaskar Group.

Despite the challenges, many Indian journalists appear ready to continue trying to get to the truth. In the capital, Delhi, the magazine Outlook India created a stir on Twitter last week, when it used the cover of its new issue to criticize the government for inaction, styling it in the form of a missing persons poster.

“This is not an act of bravery on our part,” Ruben Banerjee, the editor-in-chief of Outlook, told CNN Business. “We are just objectively reporting. There is a sense of abandonment in the country. “