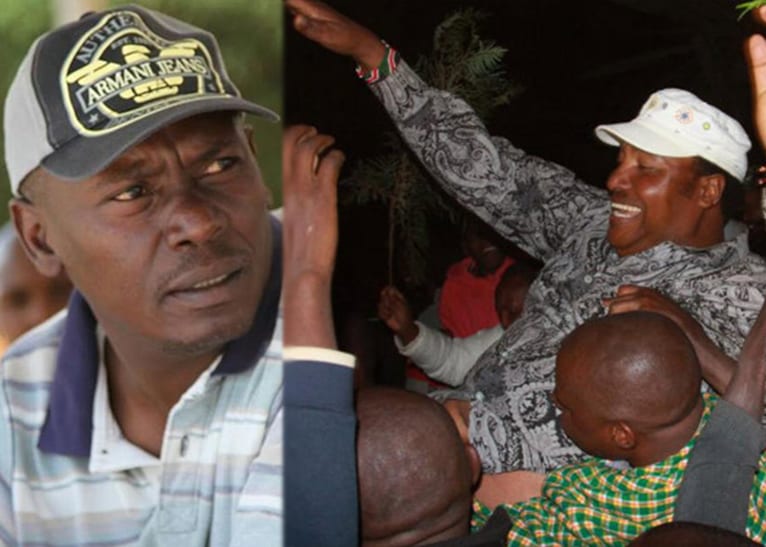 The two were gunning for Kiambu County top seat, with their race being touted as a battle of Jubilee’s political titans.

Mr Waititu was declared the winner of the Kiambu Couunty Jubilee primaries on Wednesday, April 26.

While giving his victory speech at Kiambu tallying center on Wednesday, Waititu promised to bring all Kiambu constituents on board; and work with different stakeholders, including his political opponents, when running the county – that is if he will be elected governor on August 8.

Powerful forces want me out – Kabogo

Governor Kabogo had, on Tuesday night, said he wishes Kabete MP, Ferdinand Waititu all the best shortly after provisional results showed Waititu leading with a large margin in the race for Governor on a Jubilee ticket.

Kabogo hinted at foul play, saying: “powerful forces do not want me to be the Governor of Kiambu come August 8”.

Speaking at a press conference in Kiambu County on Tuesday night, Kabogo said the pattern, which showed Waititu having an early lead in the results relayed from a few of the polling stations in the county, were unlikely to change in his favour, thus strongly believing that Waititu was likely to win the Jubilee ticket for the seat of Kiambu Governor – and probably the gubernatorial seat come August 8.

“I wish Ferdinand Waititu all the best. But what I will tell him is that managing a county is not easy. There is a lot of work that has to be put into running a County Government,” said Kabogo.

Asked whether he will be on the ballot come August 8, even as an independent candidate, Kabogo said: “It is only God who knows what is going to happen from now. This (Waititu’s early lead) is not a process that has just started.”

Kabogo added: “There are many things that I will do, even if I am not active in politics,” insinuating that he would embark on direct running of his personal businesses.

Asked if he had conceded defeat, even before official announcement of final results, Kabogo said: “No.”

He concluded his address by saying: “People of Kiambu County deserve the best.”

The Governor declined to disclose the “powerful” forces who want him out of Kiambu’s top political seat, only saying: “You know them. I do not need to mention them by names”.

Governor Kabogo claimed that he is not new to situations where people of vast political influence oppose his candidature for elective seats, giving an example of 2007 general election, where he claims that the late powerful Cabinet Minister John Michuki, “did not want me to be the MP of Thika or Juja”.

Kabogo controversially lost the Juja Parliamentary seat to George Thuo in a disputed election. Kabogo had served as Juja MP from 2002 to 2007.

Kabogo says he, later, was re-elected to the 10th Parliament after a by-election, which was held on September, 2010.

Kabogo had a won a rigorous court battle brought by his filing a petition to the High Court against George Thuo, and that led to the annulment of the latter’s results.

He, now, says he triumphed over adversities, despite earlier disapproval by “political power houses”.

Kabogo on Tuesday, April 25, competed against Kabete MP Ferdinand Waititu in Jubilee primaries for the Party’s ticket to run as Kiambu Governor on August 8.

Following his 2013 loss in Nairobi, Waititu remained active in politics with some analysts opining that he may have his eyes set on Kabogo’s seat.

Battle lines were however drawn on March, 2016 when Kabogo took to the courts to challenge Waititu’s academic papers, arguing that his competitor did not possess a valid degree from a recognized university.

Kabogo’s suit – which was aimed quashing Waititu’s bid on account of Section 73 of the Constitution on the Integrity and Leadership Act – was eventually dismissed by Justice Joseph Onguto in December 2017.