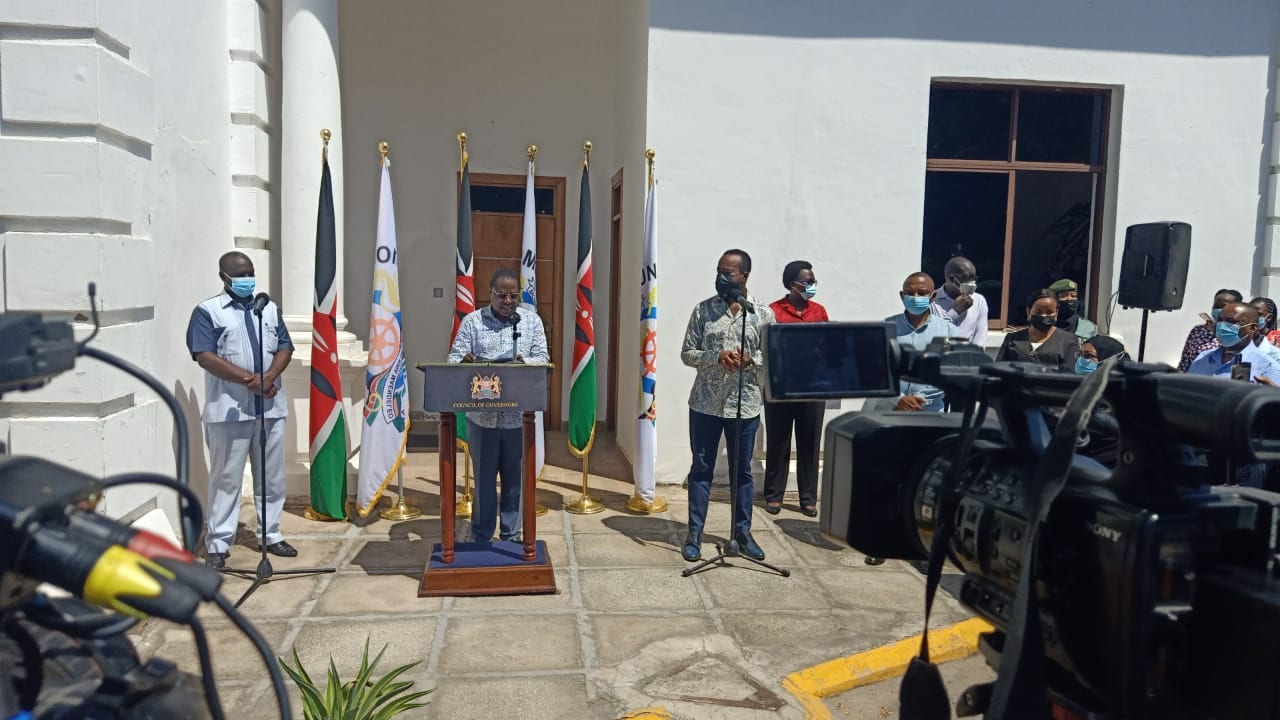 The Council of Governors described the impeachment of Wajir Governor Mohamed Abdi Mahamud as a political witch hunt in a statement to the press on Wednesday.

The Council disparaged the process, claiming that the Senate disobeyed court orders prohibiting the County Assembly and Senate from discussing the impeachment motion.

The Council’s chair, Governor Martin Wambora, said the Senate had purposefully ignored the exonerating evidence on health captured in the Nation Survey Report on Health released in May 2019.

“The Council strongly faults the whole process on the following grounds: the senate Lowering the standard of proof and the threshold on impeachment matters and thus exposing the Counties to Political upheavals,” the statement reads. ” For example, in the Kirinyaga case, the Senate acquitted the Governor who has been charged of similar violations.”

Governor Wambora said the Council will meet on Friday, May 21 2021 to discuss the matter and issue a detailed statement on the subject.

Meanwhile, Ahmed Ali Muktar was sworn in as the third governor of Wajir County on Tuesday, following the Senate’s approval of the former county boss’s impeachment.

Mr Muktar said in his first speech after taking the oath of office that his administration would prioritize the water, health, and education sectors.

“My commitment to you is based on objectivity and professionalism. He said, “I ask for your help.”

For the past week, healthcare employees have been on strike.

In his defense, the governor denied that healthcare in Wajir had suffered under his leadership adding that the allegations levelled against him do not meet the threshold of impeachment.