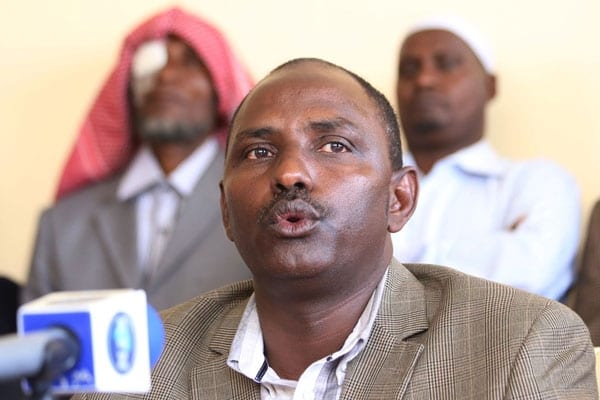 The Independent Electoral and Boundaries Commission (IEBC) Code of Conduct Enforcement Committee has summoned Marsabit Governor, Ukur Yattani, and his opponent Mohammed Mohamud Ali after their supporters clashed at a campaign rally in Marsabit.

In a statement to newsrooms on Thursday, July 27, IEBC chairperson, Wafula Chebukati, said the commission summoned the two gubernatorial front runners to appear before the commission’s electoral Code of Conduct Enforcement Committee on Friday at 8.00 am.

“On July 26 2017, there was widespread political violence in Marsabit town, the commission has conducted preliminary investigations into what transpired and  have come to a conclusion that the political clash was between  the supporters of Marsabit Governor Ukur Yattani and Jubilee Party candidate Mohamed Mohamud Ali, the commission summons them to appear before IEBC’s Electoral Code of Conduct Enforcement Committee on Friday, July 28 a 8.00 am at Anniversary Towers commission boardroom without fail,” Chebukati said.

This comes after chaos erupted at Moi Marsabit Primary School grounds on July 26 at Saku area in Marsabit County after youth allied to the two candidates clashed during a visit by President Uhuru Kenyatta and Deputy President William Ruto.

Three people, including an AP officer sustained gunshot wounds during the scuffle and are receiving treatment at Kenyatta National Hospital.

Buzeki is accused of using Jubilee Party’s colours and pictures of President Uhuru Kenyatta and Deputy President William Ruto in his campaign materials despite being an independent candidate.

The two are among 30 candidates summoned by IEBC Electoral Code of Conduct Enforcement Committee at KICC for hearing of their cases.

Others are Limuru MP Peter Mwathi and Nominated Senator Elizabeth Ongoro, who has presented against her Ruaraka Constituency rival, incumbent T. J Kajwang’.