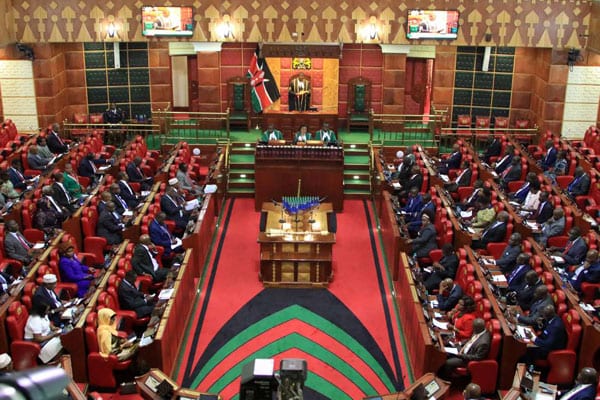 The drastic advice from Chief Justice David Maraga for President Uhuru Kenyatta to dissolve Parliament is the culmination of a long journey that has ended in failure at every turn.

The two-thirds gender dilemma has stalked three Parliaments: the 10th, 11th and the current one, the 12th, and in four attempts they have all failed to find a solution.

It looked good on paper and was widely celebrated by gender activists and those who fought for equality in the country, but the two-thirds gender rule has remained as elusive as it could ever be.

In a male dominated House, the two-thirds gender rule has been reduced to a women’s agenda, and for a record four times, attempts to enact the gender parity rule has come to a cropper.

In 2019, the vote on the two-thirds Gender Bill flopped for the fourth time following a quorum hitch. On voting day there were only 174 MPs in the House, but as a Constitutional Amendment Bill, it required super majority of at least 233 out of the 349 MPs to sail through.

The Constitution of Kenya Amendment Bill 2018 sponsored by then Majority Leader Aden Duale collapsed without being put to a vote, this was the second time Duale had suffered the same fate as voting had also been deferred in October of 2018 after only 208 MPs showed up in the chambers for the debate.

Ironically, while some MPs were within Parliament precincts, they did not turn up in the chambers for the vote; a spectacle witnessed by opposition leaders Raila Odinga and Kalonzo Musyoka who had whipped their members to back the Bill.

Upon promulgation of the constitution in 2010, the supreme law gave a deadline of August 27, 2015 to enact laws to effect the gender parity rule, but throughout the life of the 10th Parliament that expired in 2012, the 11th Parliament that went all through to 2017 and the current 12th Parliament, the gender agenda has been a slippery slope.

In 2016, a similar attempt to have the bill passed flopped as it faced a quorum hitch in the National Assembly; the Bill, then referred to as the ‘Chepkonga Bill’, was sponsored by the then Justice and Legal Affairs Committee Chairman Samuel Chepkonga.

In 2017, it was the Senate’s turn to freeze the passage of the Gender Principle Bill that was introduced by the then Nominated Senator Judy Sijeny requiring 45 Senators to vote for it, the Bill collapsed even before getting to the voting stage.

The Apex Court’s verdict agreed it could be done progressively in the Executive and Parliament but gave a deadline of August 27, 2015 to establish a framework that would breathe life into the gender principle.

This jolted the Attorney General to form a working group in 2014 on achieving the gender parity principle; the working group returned a blueprint proposing amendments to various legislations to actualize the implementation of the gender principle. This included amendments to the Political Parties Act, Elections Act, Independent Electoral and Boundaries Commission Act, the National Gender and Equality Commission Act, and the County Governments Act.

But with the lapsing of the August 2015 deadline, High Court Judge John Mativo in 2017 ruled that Parliament had failed in their constitutional obligations to enact legislation on the gender principle, and gave them 60 days within which to do so.

The court further ordered that should Parliament fail to enact the legislation during this period, any person could petition the Chief Justice to advise the President to dissolve Parliament; and now, that reality is home.

The Chief Justice has played the last card that the constitution provides, setting the stage for a complicated national debate on how to take it from here.