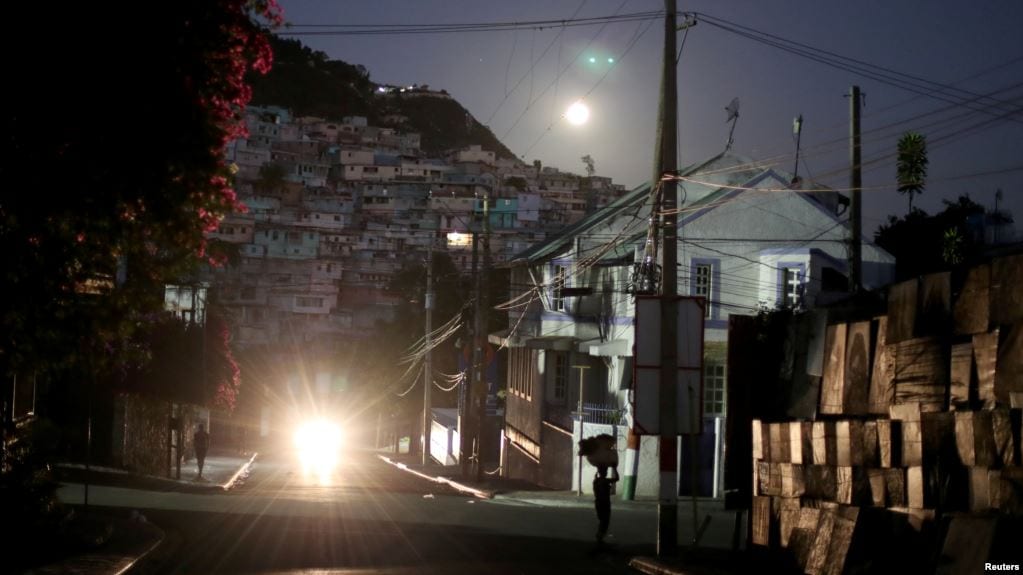 Haiti Attorney General Paul Eronce Villard denied rumors Tuesday that he is being pressured to release eight men armed with a cache of high-powered weapons who were arrested Sunday by the national police (PNH).

“There has never been any pressure on myself to free the men who are in the Port-au-Prince jail,” Villard said. He also denied reports justice minister Pierre-Richard Casimir had gone to see the detainees.

“It is untrue that the justice minister went to the location where the men are being detained. I am a loyal man, an honest man. This is a lie. The minister was not there,” Villard said.

The arrest of eight heavily armed men — one Haitian, two Serbs and five Americans — shocked the nation already reeling from 10 consecutive days of protests and looting. They are facing illegal weapons charges. Rumors are growing as to the men’s motives, and Villard attempted to answer some of the many questions during a news conference.

“When police arrived at Rue Pave (a main thoroughfare downtown), they noticed a car without a license plate. This is not normal,” Villard said. “They realized that inside the car there was a group of very sophisticated military men. They had all kinds of technical equipment. So in accordance with our laws, the police were in its right to act, because these men had no special authorization to do what they were doing and they were found under suspicious circumstances. They were breaking the law. “

Villard said a report on the arrests is expected in two days. But he made no mention of a report in the Miami Herald that the men told police they were on a “government mission.”

Port-au-Prince police station chief Joel Casseus told the Miami Herald that following the arrest, the men said they didn’t have to speak to police and refused to say which government had hired them. Casseus told the Herald the men told him “their boss would call our boss (police commissioner).”

The Herald also reported that the U.S. consul general visited the American detainees on Monday and was asked by police if the embassy had any covert operations on the ground. The answer was no, according to sources cited in the report.

A U.S. State Department spokesperson acknowledged it was aware of the arrests Tuesday.

“I’ve seen those reports that the Haitian National Police have detained a group of individuals, which include some American citizens. Due to privacy considerations, we were unable to comment further. But I can say that, whenever United States citizens are arrested, we seek consular access as soon as possible to provide appropriate consular relief,” the spokesperson said.

Meanwhile, Youri Latortue, leader of the Senate Ethics Committee, held his own press conference to discuss the matter.

“We’re in an unacceptable situation,” Senator Latortue said and alleged that there were more than eight armed men in the group. He told reporters a fourth car was following the group’s movements from afar, and left the scene without being apprehended.

“My fellow Haitians, if leaders are involved in this plot — whatever the objective — whether it was robbing the Central Bank or killing people — this is unacceptable,” Latortue said, citing presidential adviser Reynold Georges.

The senator said he would ask Prime Minister Jean-Henry Ceant to request that law enforcement find and arrest the people in the other vehicle and any other persons involved in the incident or who tried to intervene to have the detained men released.

Latortue alleged that among items police found in the car was a list of names. He did not elaborate.

“When you’re leading an investigation, all these facts are important, but the most important thing to us is the list the police has in its possession,” Latortue said.