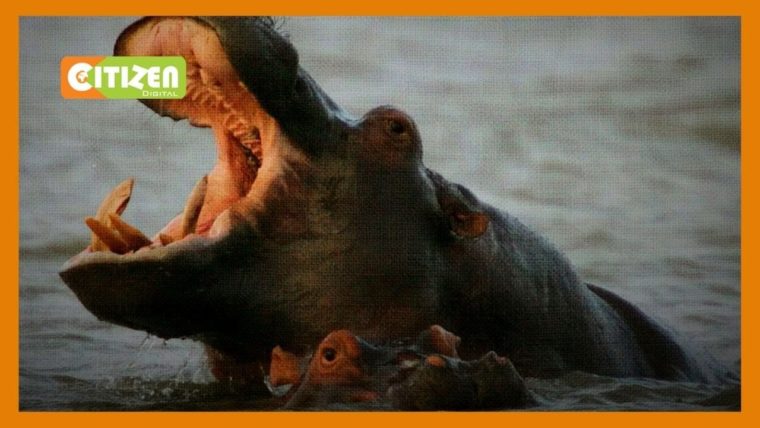 A grade three pupil has been hospitalised after a hippo attack  in Suba South, Homa Bay county.

The minor identified as Peter Otieno, a pupil at Kikubi primary school, was rushed to St Camillus hospital where he was admitted with serious wounds on the thigh and abdomen.

Mr. William Onditi (Suba Sub County Beach Management Unit chairperson) said that the 11-year-old pupil was attacked by the hippo when he went to fetch water.

He and his school colleagues had gone to fetch water from Lake Victoria on Nyandiwa beach.

According to Mr. Onditi, Otieno escaped by a whisker after the hippo grabbed him at the thigh .

His colleagues raised an alarm and fishermen who were nearby are the ones who rescued him.

Mr. Onditi said the minor was first rushed to a health center within Nyandiwa trading center for first aid before he was transferred to St Camillus Hospital in critical condition.

The pupil is still in a bad condition after the incident: he cannot talk or eat.

Mr. Onditi urged parents to desist from sending their children to the lake to fetch water, especially during this time when water level continue to rise in several beaches in Suba South.

In December 2020, two children died after they were attacked by a hippopotamus at the Siungu Uhwaya beaches in Bondo.

Siungu Beach Management Unit secretary Erick Ochieng Nyatumba said the children were taking a bath on the shores of the lake when they were attacked.

Mr. Ochieng told Radio Ramogi that the two children were in Class One and Class 8 pupil respectively.

The Class 8 pupil — who had been bitten on the stomach — was rushed to the Got Agulu Health Centre where he was pronounced dead.

Residents urged the government through the Kenya Wildlife Service (KWS) to intervene and resolve the hippo menace amid claims that the animals have been straying into people’s farms and homesteads.