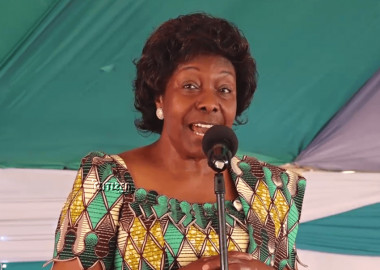 Kitui Governor Charity Ngilu has stated that the national government and the Kitui county government will support all the families of those killed in the Enziu River tragedy on Saturday.

Speaking to Citizen TV on Tuesday, Ngilu said the Ministry of Interior, through the National Disaster Management Authority was working on cushioning the families in laying their departed kin to rest.

“The national government, the Ministry of Interior through the National Disaster Management Authority are going to support all the families involved in the accident individually,” said Ngilu.

“We as a county are also going to support the families that lost their loved ones.”

The governor, on the other hand, distanced her administration from the deadly bridge's renovation project, which reportedly began in 2019 but has yet to be completed.

“That work had already been contracted some few years back and the contractor did a shoddy job and left. This is the work of the Kenya Rural Roads Authority,” said Ngilu.

“The county government deals with the local village-to-village connection roads, we do not deal with major roads like this one,” she added.

Ngilu further assured Kenyans that the government will now take the bridge’s renovation seriously, saying plans of reviving its restoration have begun.

“I do believe that the government is… going to take more serious action and make sure that the bridge is not a death trap. I know it will be done. The national government is already in it,” she stated.

33 people, among them four children, lost their lives in Saturday's accident after the bus they were travelling in plunged into Enziu River on their way to a wedding ceremony.