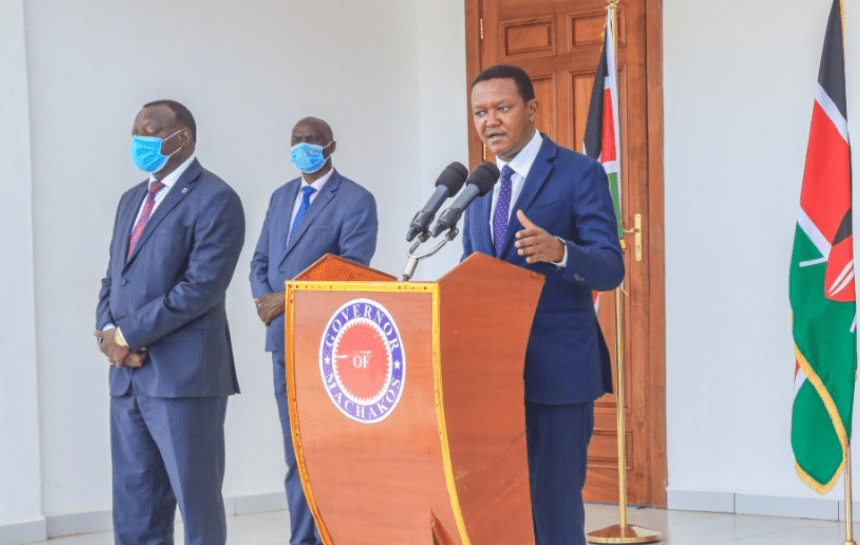 With President Uhuru Kenyatta issuing Public Order number 2 of 2021 on the containment of the COVID-19 pandemic, strict measures including cessation of movement by air, rail or road in the 5 Disease infected counties and revised curfew to 8p.m have effectively kicked in.

According to CS Matiang’i, the measures are meant to help Kenyan.

The directives which the President said were in consultation with various experts have drawn criticisms from some quarters with Narc Kenya leader Martha Karua of the opinion that they are insensitive to the welfare of Kenyans, especially with the economy struggling to stay afloat.

“We are greatly aggrieved that the Jubilee administration did not outline any measures to address these hardship realities as they announced the lockdown,” Martha Karua, Narc Kenya party leader said on Monday.

” Kenyans will recall that a majority of citizens zealously observed health protocols and that it is the top political players who led their supporters into mass rallies in total disregard of Covid-19 rules while campaigning for BBI and the just concluded by-elections,” she added.

Across the country, Machakos become the first county to spell out measures such as removing taxes for small scale traders to help residents stay afloat as the uncertainty of the newly enacted measures kicks in

Governor Mutua asked county bosses and the National government to re-evaluate and put in place measures to cushion the nation from adversity of a slowed economy amid a ravaging third wave.

At the same time, multiple counties including Muranga and Kiambu have witnessed surging numbers of Kenyans seeking the Astrazenenca jab following President Kenyatta’s call especially for the elderly to be vaccinated to stem rates of hospitalization and fatalities particularly among the elderly and persons with underlying conditions.