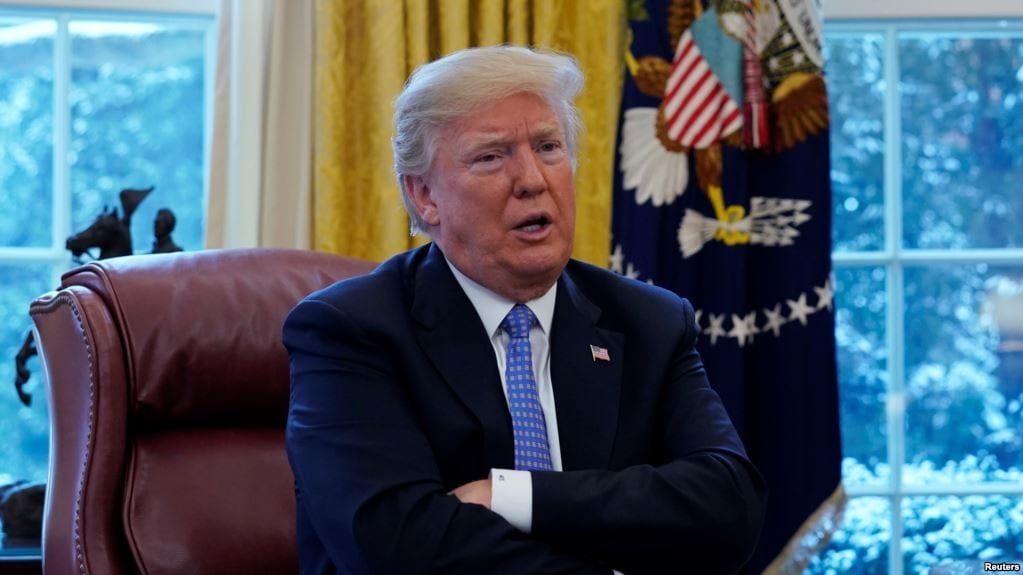 “As former U.S. Ambassadors to 48 African countries, we write to express our deep concern regarding reports of your recent remarks about African countries and to attest to the importance of our partnerships with most of the fifty-four African nations,” the letter said. “As American ambassadors abroad we have seen Africa’s complex and rich cultures, awe-inspiring resilience, and breathtaking generosity and compassion.”

The letter lauded entrepreneurs, artists, activists, conservationists, and educators from the continent, while also stressing the importance of maintaining good relations between the United States and African nations.

“We hope that you will reassess your views on Africa and its citizens, and recognize the important contributions Africans and African Americans have made and continue to make to our country, our history, and the enduring bonds that will always link Africa and the United States,” the diplomats appealed to Trump in the letter.

One of the signatories, career diplomat and former U.S. Ambassador to Nigeria John Campbell told VOA the reaction to the president’s alleged remarks is fierce, and building  not dissipating.

During Thursday’s briefing, State Department spokesperson Heather Nauert said the president has denied using the vulgar word that has been widely reported.

“Let me first point out that the president has said that he did not make those comments, that there were other individuals in the room who said they certainly did not hear any comments of the sort,” she said.

Nauert said she would refer to the comments as “alleged comments” because it has not been proven Trump used the vulgarity.

When asked by VOA about the diplomats’ letter, Nauert said the U.S. has a “very good” and broad relationship with many African nations that goes beyond any one alleged comment.

“We do a lot of work with them, whether it is reconstruction, whether it is capacity-building in other countries, working on counter-terrorism, PEPFAR, the program to help those who suffer from AIDS is a very important program to us,” the State Department spokeswoman noted.

State Department Under Secretary Steve Goldstein has told reporters that diplomats in Africa have been instructed not to deny the president made the remarks attributed to him, but simply to listen to African partners’ concerns.

US envoy to Zimbabwe: ‘We have nothing but respect for you’

The African Union Ambassador to the United States Arikana Chihombori-Quao told VOA on Tuesday that African leaders are “furious” and said that African ambassadors based in Washington are planning to meet Friday to discuss what actions to take in response.

On Wednesday, in an apparent rejection of Trump’s reported comments, U.S. Ambassador to Zimbabwe Harry Thomas, Jr. said that his country welcomed Africans as both immigrants and visitors.

“I would like to say on behalf of our embassy, my government, the American people, we have tremendous respect for Zimbabwe, for the African continent, its people, its culture, its traditions,” he said, addressing Zimbabwe’s President Emmerson Mnangagwa and attendees of a ceremony honoring a health grant in Harare.

“The immigrants to America from Africa, particularly from Zimbabwe, are among our highest achieving people. I just want to say from the bottom of our hearts, we are part of you, we are part of a global community. We have nothing but respect for you and we welcome you to our shores as visitors, or as residents,” he said.

During last Thursday’s Oval Office meeting on immigration, Trump was reported to have referred to immigrants from Haiti, El Salvador and Africa as coming from “s—hole countries.”

According to some in the room during a White House meeting last week on immigration, Trump asked why the United States is letting in immigrants from Haiti, El Salvador and Africa and said he wanted more from countries such as Norway. He also apparently said he wants to exclude Haiti from an immigration reform deal.

The president on Sunday denied he is a racist, telling reporters at his Mar-a-Lago resort in the state of Florida, “I am the least racist person you have ever interviewed.”