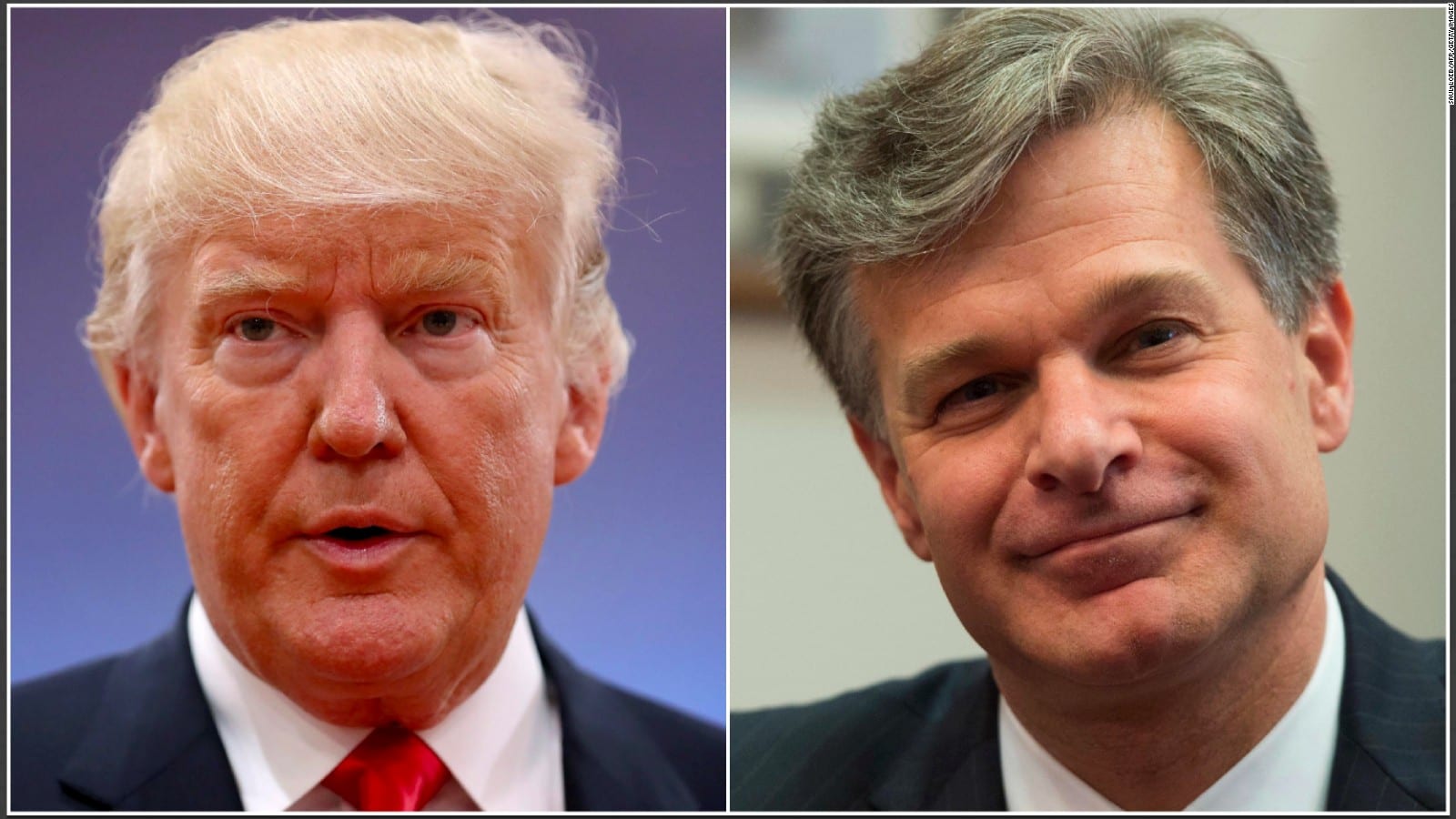 FBI Director Christopher Wray publicly clashed with President Donald Trump on Wednesday over a controversial Republican intelligence memo, furthering the rift between the President and the agency investigating ties between his campaign and Russia.

Wray sent a striking signal to the White House, issuing a rare public warning that the memo about the FBI’s surveillance practices omits key information that could impact its veracity. The move set up an ugly confrontation between Wray and Trump, who wants the document released.

“With regard to the House Intelligence Committee’s memorandum, the FBI was provided a limited opportunity to review this memo the day before the committee voted to release it,” the FBI said in a statement. “As expressed during our initial review, we have grave concerns about material omissions of fact that fundamentally impact the memo’s accuracy.”

The dire warning stood in direct contrast to Trump, who has told his associates he wants the memo released to ensure full transparency. Earlier on Wednesday, White House chief of staff John Kelly predicted the memo would be released “pretty quick” and that “the whole world will see it.” Trump himself was overheard telling a Republican congressman after the State of the Union address on Tuesday he will “100%” release the memo.

Officials from the Justice Department and FBI went to the White House on Tuesday to make a renewed effort to explain certain inaccuracies they see in the Nunes memo, according to a source familiar with the discussions. The effort came a day after Deputy Attorney General Rod Rosenstein and Wray made similar overtures to Kelly to delay a House Intelligence Committee vote on releasing the memo.

Two administration officials told CNN the Nunes memo is not expected to be released on Wednesday, but could be released as early as Thursday. Officials said the precise timing has not yet been decided and the memo remains under review.

Law enforcement and intelligence agencies have raised concerns about the potential public release of the document, composed by the staff of Republican Congressman Devin Nunes of California. Those agencies have said the memo contains inaccuracies and does not paint a full picture of how the surveillance process works, according to two law enforcement sources.

Nunes, who was traveling Wednesday with fellow congressional Republicans aboard a train when it crashed into a dump truck, decried the FBI’s public rebuke.

“Having stonewalled Congress’ demands for information for nearly a year, it’s no surprise to see the FBI and DOJ issue spurious objections to allowing the American people to see information related to surveillance abuses at these agencies,” Nunes said in a statement.
Asked about the FBI’s statement during an Oval Office meeting with American taxpayers, Trump declined to respond.

The memo, which is currently being reviewed in a secure room at the White House, claims the FBI abused the Foreign Intelligence Surveillance Act over its use of the opposition research dossier on Trump and Russia as part of the case to obtain a highly classified warrant on former Trump campaign foreign policy adviser Carter Page, people familiar with the document say.

Democratic detractors claim the memo is an attempt to discredit officials overseeing special counsel Robert Mueller’s investigation into alleged Trump campaign connections to the Russian meddling in the 2016 election. The investigation has moved increasingly closer to Trump’s inner circle, with a series of indictments handed down over the past two months.

Questions have also mounted about the White House’s own role in creating the document. Trump’s spokeswoman said Wednesday morning she didn’t know whether any West Wing aides were involved in the memo’s production.
“We have certainly coordinated with members of Congress as is appropriate. As to specifics on this, I just don’t know the answer,” press secretary Sarah Sanders said on CNN’s “New Day.” “I’m not aware of any conversations or coordination with Congressman Nunes.”

Quigley said Nunes became “quite agitated” when pressed whether any of his staffers were involved in producing the memo and refused to answer the question.

“The chair is not going to entertain a question by another member,” Nunes said, according to the transcript.
Democratic suspicions that Nunes has coordinated with the White House stem from last year, when he took a secret trip to the White House to review intelligence gathered by two White House staffers about the “unmasking” of Trump’s team in foreign intelligence collected during the Obama administration. Nunes then briefed Trump about his findings, despite the information coming from the White House.

The whole episode ultimately led to Nunes temporarily stepping aside as leader of the House Intelligence Committee’s Russia investigation amid an Ethics Committee investigation over whether he revealed classified information. Nunes was cleared by the committee in December.

Ahead of the FBI’s statement on Wednesday, some Justice Department officials expressed concerns about publicly opposing the release of the memo, according to multiple officials. Trump had already been angered by a letter the Justice Department sent the House Intelligence Committee last week warning the release would be “extraordinarily reckless.” The FBI issued the statement Wednesday anyway.

Republican lawmakers allege that the FISA warrant obtained to monitor former Trump campaign adviser Page was based in large part on the dossier, and that the judge who approved the application was not made aware to what degree the dossier played a role in the FBI request.

Administration officials cautioned that despite Trump’s insistence the memo be released, the document will be reviewed to ensure that it does not compromise sources and methods.

“We are still going to complete the legal and national security review that has to take place before putting something out publicly,” Sanders said Wednesday. “That is the place where we are right now.”
The process could last up to five days, according to White House officials, but it is possible that they could approve publishing the document sooner.

To date, though, White House, National Security Council and intelligence agency officials have declined to comment on what goes into such a review process. An official told CNN that the document is currently being reviewed and the findings could be presented to Trump as early as Wednesday.

Whenever Trump does see the document, he won’t likely see it in a vacuum. It will be accompanied by the relevant agencies weighing in on their interests and contextual underlying intelligence, if warranted.

But the details of how the review is being conducted are still unclear. Wray reviewed the memo over the weekend. Republican members have said that Wray did not raise any objections about inaccuracies at the time.

That said, the Nunes document, the source familiar with the discussion said, is subject to political considerations more so than a typical document that would be subject to this kind of interagency review.