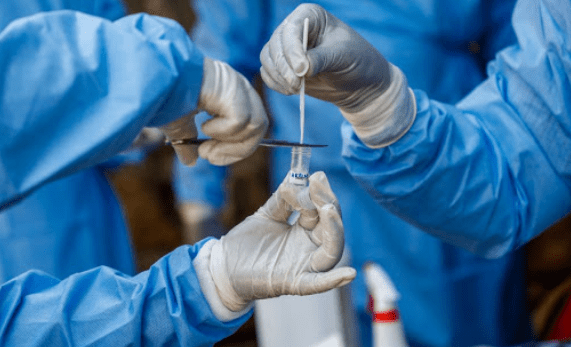 The United Nations’ top official in charge of humanitarian aid has criticized the world’s wealthy industrialized nations for their “short sighted” response to the Covid-19 pandemic, warning that their failure to support the developing world could exacerbate the effects of the global health crisis for tens of millions of people.

“The pandemic and associated global recession are about to wreak havoc in fragile and low-income countries. The response of wealthy nations so far has been grossly inadequate and dangerously short-sighted,” said Mark Lowcock, the UN under-secretary-general for humanitarian affairs, in statement released Thursday.

To date, more than 13.7 million people have contracted the virus worldwide, resulting in almost 590,000 deaths, according to data from Johns Hopkins University.

While the virus has upended life in parts of Europe and North America, many emerging and developing nations are also struggling to to contain an upward trend in case numbers. Four of the five BRICS nations, the acronym used to describe the five major emerging national economies of Brazil, Russia, India, China and South Africa, have recorded more than 300,000 cases, with the only exception being China, where the virus originated.

Brazil, India, Russia and South Africa have recorded the second, third, fourth and sixth most cases of any countries in the world, respectively.

But the virus has also continued to spread unchecked in many parts of the developing world, including in parts of Latin America and now Africa. An official at the International Federation of Red Cross and Red Crescent Societies said that Covid-19 is spreading at an “alarming” rate in South Asia, which is home to a quarter of humanity.

“Failure to act now will leave the virus free to circle round the globe, undo decades of development and create a generation’s worth of tragic and exportable problems,” said Lowcock.

According to the UN, at the current rate, the pandemic and the global economic crisis tied to it could trigger the first increase in global poverty in 30 years and “push 265 million people to the point of starvation by the end of the year.”

Lowcock is calling upon the Group of 20 nations, representing the world’s major economies, to donate $10.3 billion dollars to support 63 vulnerable countries across the world. As of July 12, only $1.64 billion worth of assistance had been received, the UN said.

Lowcock said that it would cost $90 billion to protect the world’s poorest 10% of people from the twin health and economic crises facing the globe. While that may seem like a lot of money, Lowcock said it represents “less than 1% of the stimulus package wealthy countries have put in place to protect their own economies.”

“This is a problem that can be fixed with money from wealthy nations and fresh thinking from the shareholders of international financial institutions and supporters of UN agencies, the Red Cross and Red Crescent movement, and NGOs,” he said. “It doesn’t have to be like this.”