Expect rains from Sunday next week in these areas – Met. Department

By Ian Omondi For Citizen Digital 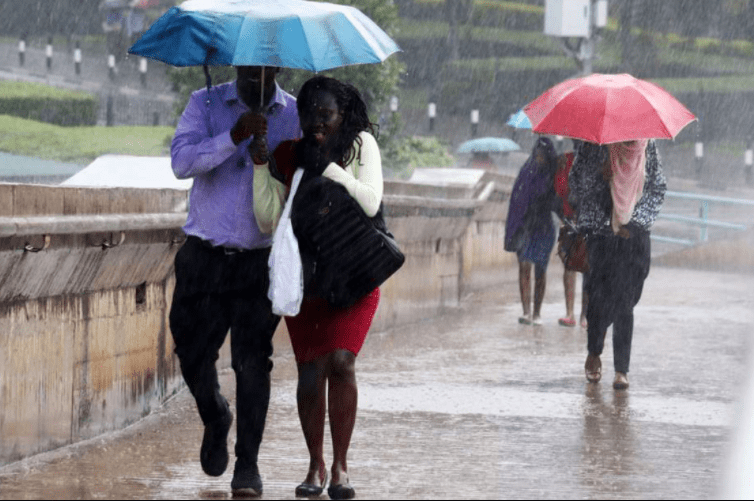 The Kenya Meteorological Department has warned citizens in specific parts of the country to prepare for rains from next week starting Sunday.

The weatherman, in a statement released on Thursday, said the regions of The Lake Victoria Basin, the Highlands West of the Rift Valley and the Central and South Rift Valley (Siaya, Kisumu, Homabay, Migori, Kisii, Nyamira, Transnzoia, Baringo, Uasin Gishu, Elgeyo-Marakwet, Nandi, Nakuru, Narok, Kericho, Bomet, Kakamega, Vihiga, Bungoma and Busia Counties) will be among those affected.

The department stated that sunny intervals will be witnessed for the better part of Friday morning before showers over a few places in the afternoon and evening across these regions.

On Saturday, light showers will be witnessed over a few places before heavy showers accompanied by thunderstorms check in from Sunday afternoon.

Slight rains will also be witnessed over a few places on Monday and Tuesday, with the maximum temperatures expected to hit 30 on both days.

The weather forecast in other areas of the country, including Nairobi County, are as below: