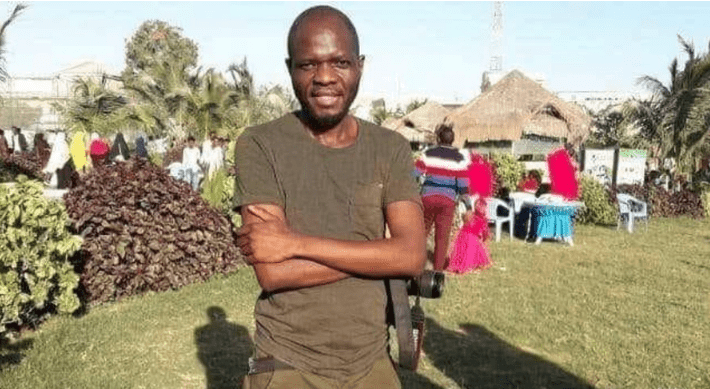 Press freedom groups are calling on Ethiopian authorities to release Juma who was arrested in July along with two Ethiopian journalists.

They are charged with inciting ethnic violence and plotting to kill senior Ethiopian officials, which they strongly deny.

Juma has been held in Ethiopia since his arrest in early July despite a court ordering his release on bail last Thursday.

Lawyer Tuli Bayisa went back to court Monday to push for Juma’s release after having paid the bail. He said the judge told him police are refusing to let Yassin Juma go.

“They are telling her (the judge) first it’s the federal police that has been investigating them, and now the Addis Ababa police commission wants to investigate the matter once again, they said,” said Bayisa.

Yassin Juma was arrested along with two Ethiopian journalists while covering protests that erupted after the killing of Oromo singer Hachalu Hundessa.

Hundessa, known for his political and activist songs, was gunned down in Addis Ababa in July, sparking widespread ethnic tensions.

Ethiopian police arrested the journalists along with opposition members and leader Jawar Mohammed at his home.

Police accused them of working together and charged them with inciting ethnic violence and plotting to kill Ethiopian officials.

The court ordered their release on bail after police officers failed to produce evidence of any crimes, said Bayisa.

“They have to release the suspects. If they are dissatisfied with the decision of the court that is granting bail they have to appeal against the decision. Unless that decision has been suspended by the high court, the police are duty-bound to release them. Now Yassin and the rest of eleven suspects are illegally detained by the police officers, as far as we know,” said the lawyer.

This is not the first time Ethiopian police have ignored court orders to release detained journalists.

The Committee to Protect Journalists (CPJ) says an Ethiopian court in March ordered police to release three arrested journalists. But police continued to detain them for weeks before finally letting them go.

Muthoki Mumo is the CPJ’s representative for sub-Saharan Africa.

“I would like to emphasise that the concern about the respect of court orders in the cases of journalists who are detained for us at CPJ goes beyond this very moment and goes even historically, if you look at what has been happening in Ethiopia since January. We have previously researched and documented cases where journalists have been ordered released, and they were not released,” said Mumo.

The Nation Media quoted Mwangi writing that “The embassy notes with concern that he has still not been released and that this is causing him and his family a lot of distress.”

Despite the arrests of journalists, France-based media rights group Reporters Without Borders says Ethiopia has risen 11 places in its 2020 World Press Freedom Index.

The improvement is credited to the government of Prime Minister Abiy Ahmed, who was elected in 2018 on a reformist platform.

His government released jailed journalists and bloggers and restored more than 200 websites and blogs that had for years been blocked.

But Ahmed’s government continues to restrict some press freedoms, including arresting journalists and limiting internet access during periods of unrest, such as the recent protests.