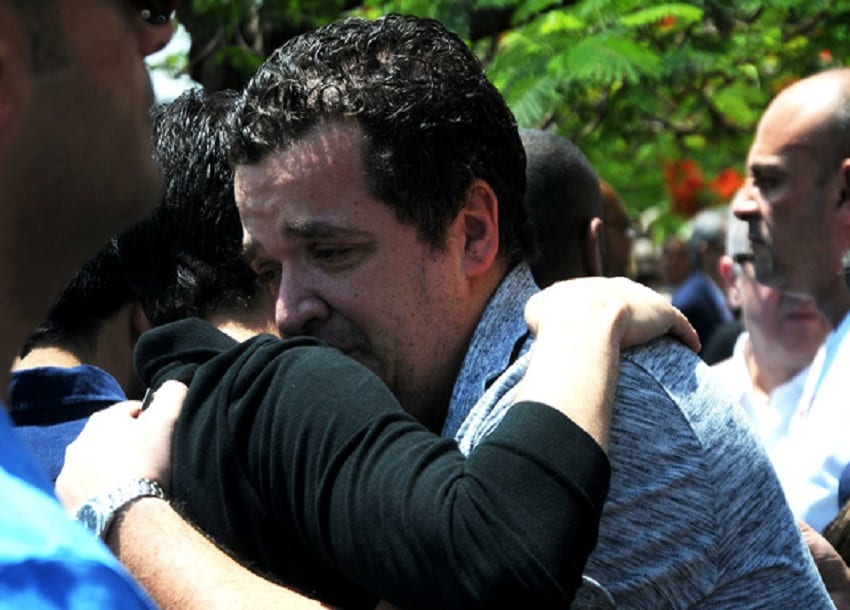 A military funeral was held in Cairo on Sunday (August 7) to commemorate Nobel prize-winning Egyptian-American chemist Ahmed Zewail, who died in the United States on Tuesday (August 2). He was 70.

Zewail was a science and technology advisor to President Barack Obama and the first U.S. science envoy to the Middle East.

He was also a member of the California Institute of Technology (Caltech) faculty, and the sole recipient of the Nobel chemistry prize in 1999 for his pioneering work in femtochemistry, the study of chemical reactions in ultra-short time scales.

An author of some 600 scientific articles and 16 books, he is credited with developing a new research field dubbed four-dimensional electron microscopy.

The funeral was attended by Egyptian President Abdel Fattah al-Sisi, along with military leaders, public officials and Zewail’s family.

Following the military funeral, the coffin carrying Zewail was taken to a burial site in Cairo wrapped in an Egyptian flag, where friends and family gathered in prayer.

Zewail was born in the city of Damanhur, 160 km (100 miles) northwest of Cairo. He studied at Alexandria University, in the city where he grew up.

He later moved to the United States and earned his PhD at the University of Pennsylvania in Philadelphia.

After conducting postdoctoral research at the University of California at Berkeley, he joined the Caltech faculty in 1976, where he was a professor of chemistry and physics.

He became a naturalized U.S. citizen in 1982. In April 2009, Obama appointed Zewail to the President’s Council of Advisors on Science and Technology, and in November of that year he was named the first U.S. science envoy to the Middle East.

Zewail also began building a city for science and technology in Cairo.

In 2014, he published an opinion piece in the Los Angeles Times urging the U.S. government to remain constructively engaged with Egypt, rather than threatening to cut off U.S. aid after the military, led by Sisi, toppled President Mohamed Mursi of the Muslim Brotherhood after mass protests against his rule.