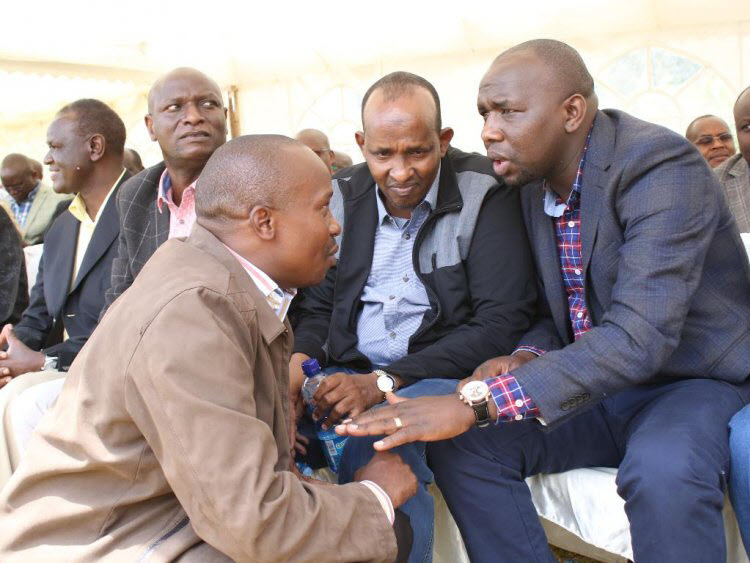 Speaking in Garissa at Madarasa Khadija Islamic School during the official handover of the school bus, Duale took issue with the opposition’s recent call for the disbandment of IEBC, saying their change in tune indicates the unpredictability of their position on the issue.

He said CORD were silent when Jubilee called for reforms at the commission after the Malindi by-election because the results had gone their way, noting that their outcry is not in public interest.

The Garissa Township MP claimed that CORD should shoulder the blame for failing to meet the required threshold to kick start the Okoa Kenya referendum drive, adding that blaming IEBC for the mishap is misadvised.

“CORD regarded IEBC in high esteem after it failed to strike Moses Wetangula off the voter register and after they clinched the Malindi by-election only to call for their disbandment after the botched Okoa Kenya Referendum. This amounts to double speak,” he said.

He said that even if CORD seeks to push on with its desire to disband IEBC, they should do so within the confines of the law.

He also pointed out that CORD’s opposition of the latest opinion polls by Infotrak is an indication of insincerity on the matter.

Duale noted that the polls are a true reflection of the situation on the ground, noting that President Uhuru Kenyatta’s popularity is pegged on his development drive.

“Kenyans are happy with the work that the Jubilee government has done; from free maternal healthcare to infrastructural development, to paying examination fees and investing in security and that is evident in the recent polls which put President Kenyatta ahead of CORD leader Raila Odinga,” stated Duale.

“CORD has been on the forefront in praising the polls when they favour them and thrashing them when they show them lagging behind other candidates.”

Duale urged the coalition to “come to ground zero” and face the reality instead of shifting blames on key issues affecting them.

Last week, CORD called for the disbandment of IEBC saying it worked in cohorts with the Jubilee Government to discredit the Okoa Kenya referendum and halt their push for referendum.

Meanwhile, State House has discredited the Infotrak polls saying they are an election propaganda aimed at repositioning presidential aspirants and political parties.

In a statement on Monday signed by Public Communication Director Munyori Buku, State House noted that President Uhuru Kenyatta will soar above the numbers he attained in 2013, noting that the indication by Infrotrak that no candidate will surpass the 50+1 threshold is untrue.

The polls released on Sunday, showed President Kenyatta ahead of CORD leader Raila Odinga with 44.5 per cent, while Odinga would get 27.8 per cent if elections were held today.

The numbers however show that no candidate would garner the required threshold thus necessitating a runoff.