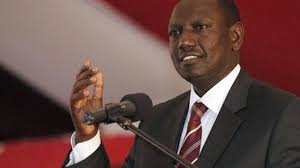 Deputy President William Ruto on Sunday met rebels from the Coalition for Reforms and Democracy (CORD) in a bid to stamp Jubilee’s presence in the Coastal region of Kenya.

Mr Ruto is said to have urged the rebels to ditch the opposition and join the ruling coalition if their electorate are to enjoy the many offerings from the government.

Speaking in Lungalunga, Kwale County during a funds-drive, the DP accused the opposition of lacking a development agenda despite putting up a spirited campaign.

The three committed to work with the government in order to bring more development to their constituents.