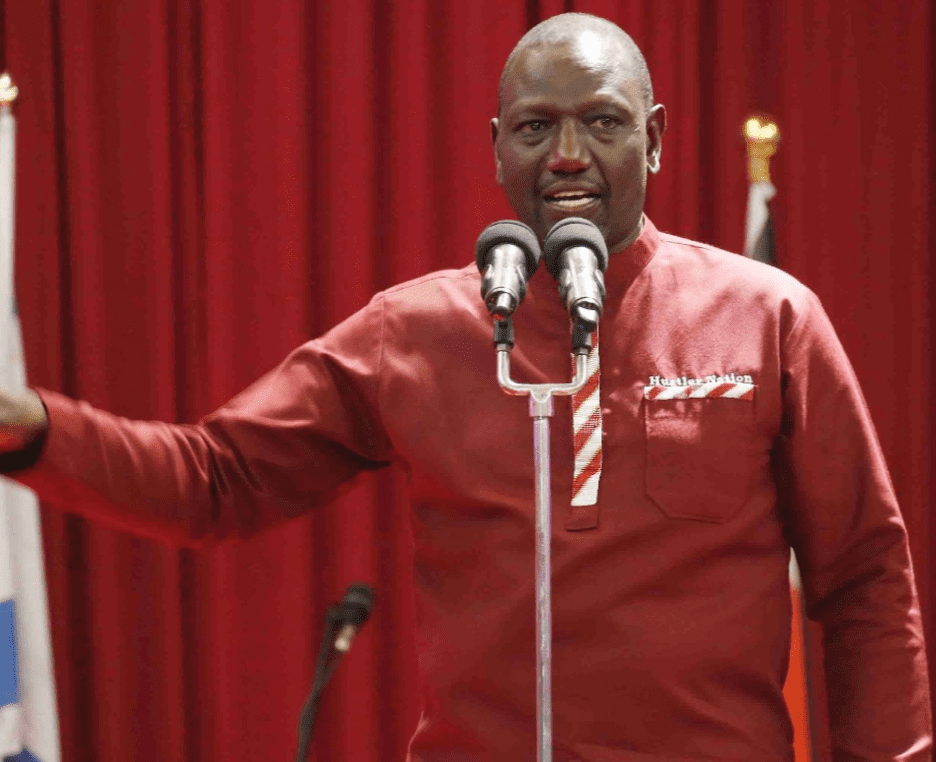 A day after President Uhuru Kenyatta appeared to suggest that he may support a candidate from another tribe in 2022, his Deputy William Ruto has issued a rebuttal, urging focus on ideologies and not tribe.

Speaking in Kayole on Sunday, DP Ruto said tribal politics will take Kenya backwards, saying leaders should be elected based on their ideologies instead.

“We cannot go back to tribal politics, we can only move forward if leaders stop seeking leadership positions based on their tribes, and instead focus on ideologies “DP Ruto said.

The DP said that he supported President Uhuru in 2013 although he had been preceded to the presidency by Mwai Kibaki.

The latest comes a day after President Kenyatta lashed out at the proponents of hustler vs dynasty politics saying that if that is the case, then Kenyans should also elect a president from another tribe since only two tribes have enjoyed the top job since independence.

“Leadership positions are not awarded, leaders are chosen by Kenyans, if you say you are tired of I don’t know… a dynasty, you are free to seek mandate from the people, let us respect each other as it is the only way to build a strong country,” he said.

Uhuru who was speaking at the funeral of Mama Hannah Mudavadi in Vihiga was joined by ODM leader Raila Odinga who said all Kenyan presidents were self-made, dismissing the hustler vs dynasty narrative.

He quoted history noting how previous Kenyan presidents suffered a great deal including detentions without trial, lack of school fees and all manners of adversities before they got the top job.