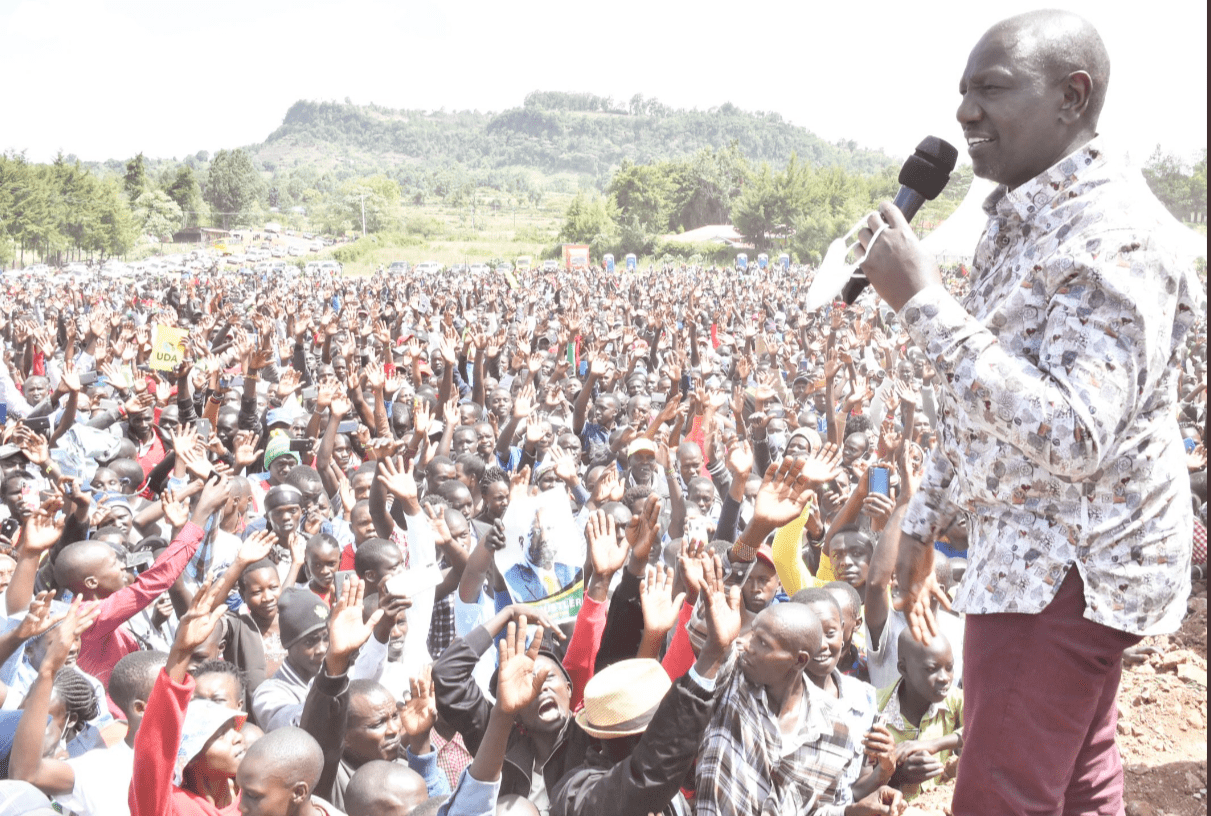 Deputy President William Ruto has condemned the use of criminal justice system after anti-riot police officers lobbed teargas at his allies and supporters in Nakuru.

Speaking in Kabarnet on Saturday, DP Ruto said it was unlawful for police officers and state agencies to wage political wars.

“These politics of using the police, and the EACC and the DCI to settle scores, when did it start?” DP Ruto posed.

His sentiments came just hours after his allies led by Senator Susan Kihika were teargassed in Nakuru while attempting to access the venue of a campaign rally.

Earlier on Saturday, a contingent of police officers barricaded the road leading to Paprigano hotel- which was to host hundreds of London Ward MCA hopeful Antony Nzuki Wachira

The London Ward campaigns for the United Democratic Alliance (UDA) later resumed at the party headquarters.

On Friday, succession politics dominated the campaigns with leaders allied to DP Ruto exuding confidence that they would carry the day.

Leaders present implored the Kalenjin community to stick with DP Ruto ahead of the 2022 General Election.

According to them, the outcome of the London ward by-elections would be the ideal indication of the clout of the newly-formed UDA party.

Speaking at Milimani at the event hosted by Nakuru Senator Susan Kihika, Malindi MP Aisha Jumwa urged President Uhuru Kenyatta to handover power to the person Kenyans will elect in 2022.

Senator Susan Kihika urged the Kalenjin community to firmly stand behind the UDA candidate Wachira saying his win would be a win for DP Ruto.

On his part, Elgeyo-Marakwet Senator Kipchumba Murkomen lamented that DP Ruto has been deserted by his boss President Kenyatta whom he supported twice for the top job.