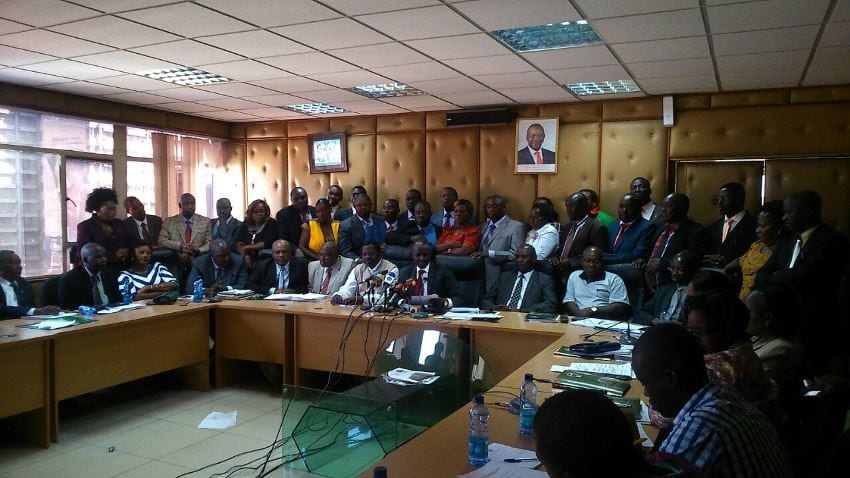 Kenya National Union of Teachers (KNUT) leaders have come out to warn politicians against any plans of disrupting national examinations set to start in October.

Led by KNUT Deputy Secretary General Hesbon Otieno, the union said that the candidates have a fundamental right to mark a milestone in their lives.

While speaking after overseeing the elections of Koibatek KNUT officials in Baringo County, Otieno said that the candidates have prepared adequately for the month-long national examinations and it will not only be unfair but catastrophic to alter the dates since would negatively impact the students.

“We have taken time to prepare them for the eventual end of a process which they deserve an opportunity and as such politicians should not imagine even to change the timelines as it would have serious ramifications on the whole process of examinations,” Otieno said.

Otieno went ahead to condemn leaders who want to divide the country through seccession.

“Such mindset is dangerous for our future generations as we are likely to plant a negative mindset in them which may continouosly develop friction in the society,” he added.