‘Don’t discriminate me for links to Uhuru’: Lawyer Fred Ngatia 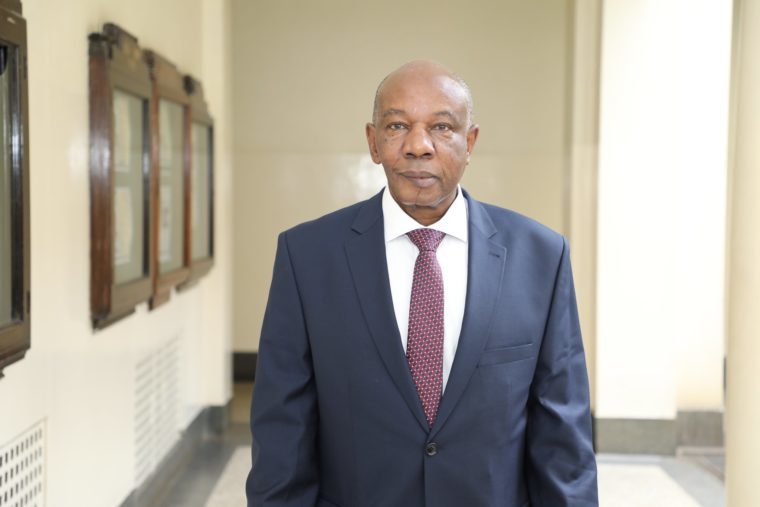 Senior Counsel Fred Ngatia appeared before the Judicial Service Commission on Tuesday morning for an interview for the position of Chief Justice.

The veteran lawyer pulled all the stops to win over the jury and edge out nine other candidates gunning for the same role.

He seized the moment to water down allegations that he has close ties to the State House- having represented President Uhuru Kenyatta in two petitions- claiming the Head of State was just a client like others, seeking legal representation.

“Do not discriminate me because of any client I have acted for. I have acted for the high, for the poor & those in terminal condition, judge me across board. The President like any other Kenyan was in need of legal representation, I am not ashamed of working for him,” Ngatia said on Tuesday.

At the same time, he dismissed claims that he would be a State puppet if he succeeded ex-Chief Justice David Maraga, whose tenure was marked by a schism between the Executive and the Judiciary..

Ngatia told the panel that after the petitions were resolved, he returned to private practice.

“Despite acting for the president-elect, after it was over, I went to private practice and the relationship ended. No-one will see me influenced by the President,”

Concerning the 41 judges yet to be appointed by the Head of State, the 64-year-old senior counsel—who has two Masters degrees and roughly 41 years of legal experience—said it would be disrespectful to spell out conditions to the president regarding the appointments.

Unlike his predecessor, Ngatia stated that he would approach the situation differently, taking into account both sides.

“It’s not possible to have a condition spelt out to the appointing authority, it would be disrespectful, but I will make it as important as my swearing in to say that, although you are appointing me captain, you disable me by not giving me enough hands on deck,” he argued.

As head of the Judiciary, Ngatia has stated that he would abolish the use of cash at the registry, as well as digitize files, in order to stop the rot and affront to justice occasioned by missing files.

He would also advocate for cases to be expedited and resolved within six months of filing.

“Public support to this institution was at its lowest level. As CJ, if a case is filed on 1st January, within that year it should be concluded. I would wish to see a criminal case started and concluded in 6 months, ” he added

The senior counsel who began his career as a State Counsel at the Attorney General’s office in 1980 was the panel’s seventh candidate to appear.

Ngatia was admitted to the bar in 1980, a year after graduating from the University of Nairobi with a Bachelor of Law; in 1984, he earned his first Master of Law degree from the London School of Economics.

In 1996, he left Kagia and Ngatia Advocates to found Ngatia and Associates, a firm in which he is still the sole proprietor to this day.