How Donald Trump killed the immigration bill with 1 tweet 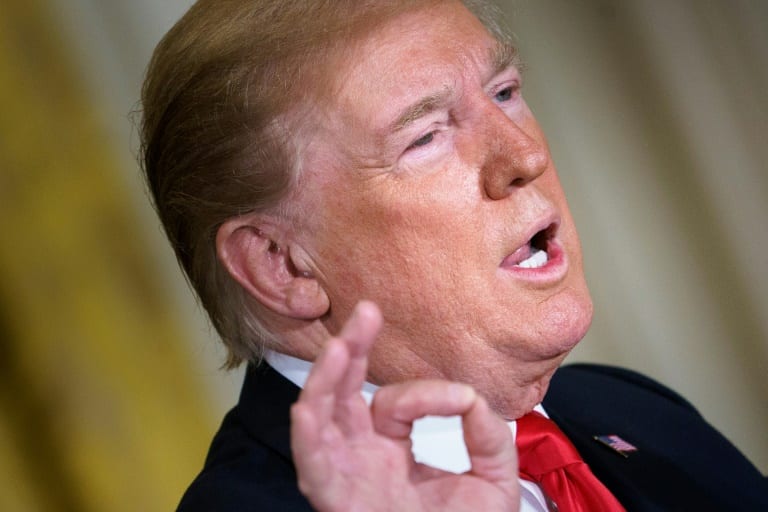 For weeks, House Republican leaders have been working behind closed doors to thread the needle on an immigration bill that could secure the support of the bulk on their conference.

On Friday morning, President Donald Trump ended all that with a tweet.

“Republicans should stop wasting their time on Immigration until after we elect more Senators and Congressmen/women in November,” Trump tweeted. “Dems are just playing games, have no intention of doing anything to solves this decades old problem. We can pass great legislation after the Red Wave!”

And, boom goes the dynamite.

Now. The so-called “compromise” legislation constructed by House Speaker Paul Ryan to make moderates and conservative happy was already on life support before Trump came in and pulled the plug. A vote on the measure was originally scheduled for Thursday. It was then set for Friday. Then late Thursday, it was postponed until next week as GOP leaders insisted they saw a glimmer of hope to write a bill that might actually pass the House.

That hope is dead now. Imagine you are a conservative Republican resistant to the “compromise” bill because it provides a path to citizenship for DACA recipients. You now have every reason in the world not to come to the table and take a tough vote. The President literally said there was no point!

The question before Ryan and the rest of his leadership team is whether there’s even any merit in trying to push for a vote on the compromise bill next week or even if it’s worth making some of the changes on things like E-verify that their members expressed a desire for over the past 48 hours.

The problem with pushing for a vote on a bill that’s doomed is you put your members in a very difficult place. Please vote for this legislation that includes $25 billion to fund Trump’s border wall even though it has zero chance of passing in the Senate and the President is on record as saying the fight is pointless.

On the other hand, moderates and many members in swing districts within the conference want to be able to vote on something regarding DACA before November so that they can go back to their constituents and say they are working hard to address the immigration problem.

The immigration discharge petition a legislative end-around organized by moderates and members with seats with high Hispanic populations was the vehicle for that vote, but Ryan, fearing an open debate and votes on immigration that favored a bipartisan bill, sought to cut it off at the pass with his compromise bill.

All of which means that what Trump did Friday morning effectively ends the immigration debate in Congress until the fall. And raises the stakes on the already hugely important showdown over the budget and whether Trump will get the full funding he wants for the border wall. “We come up again on September 28, and if we don’t get border security, we’ll have no choice,” Trump said in April of the coming fall fight. “We’ll close down the country because we need border security.”

A government shutdown over wall funding would be a disaster for Republicans in marginal congressional districts.

To be clear: The chances of any sort of immigration legislation passing next week was always slim. The only way it had any chance was to have a fully invested and activated Trump poking, prodding and cajoling House Republicans into voting for the compromise bill.

He feinted at that during a meeting with House Republicans earlier in the week but his heart clearly wasn’t in it. So, on Friday morning, he killed it and, in so doing, undid weeks of negotiations by leaders of his own party and sowed just the sort of chaos and political confusion no party wants less than five months before an election.