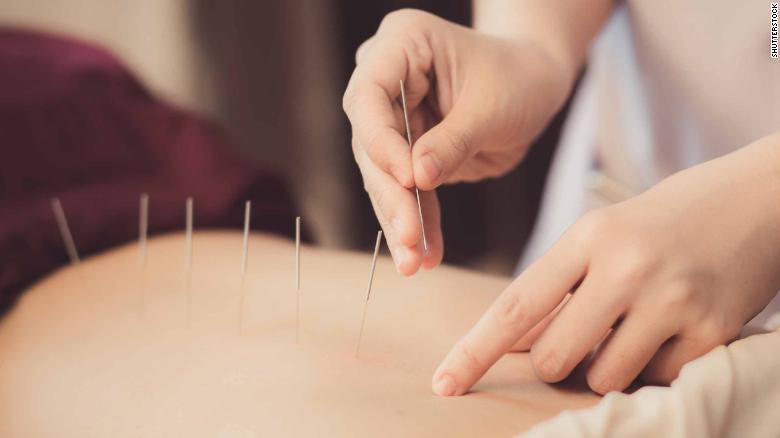 Herbal remedies have been used by healers around the world for centuries to prevent and treat disease. But it’s in China that the practice has been most extensively used and documented.

Advocates have campaigned to integrate Traditional Chinese Medicine into mainstream global health care and those long-standing TCM efforts have paid off: The World Health Assembly, the governing body of the World Health Organization, is expected to formally approve the latest version of its influential global compendium, which includes a chapter on traditional medicine, as early as Saturday.

However, not everybody is happy with the controversial move. Some in the biomedical community say WHO overlooked the toxicity of some herbal medicine and the lack of evidence it works, while animal rights advocates say it will further endanger animals such as the tiger, pangolin, bear and rhino, whose organs are used in some TCM cures.

In a strongly worded editorial, the Scientific American magazine called the move “an egregious lapse in evidence-based thinking and practice.”

Dr. Arthur Grollman, a professor of pharmacological science and medicine at Stony Brook University in New York, agrees with this assessment. “It will confer legitimacy on unproven therapies and add considerably to the costs of health care,” he said.

“Widespread consumption of Chinese herbals of unknown efficacy and potential toxicity will jeopardize the health of unsuspecting consumers worldwide.”

Details about traditional medicine will be included in the 11th version of the WHO’s global compendium, known as the International Statistical Classification of Diseases and Related Health Problems or ICD, for the first time.

It’s an important document that categorizes thousands of diseases and medical diagnoses, influences how research is conducted and can be used to determine insurance coverage.

WHO said the “purpose of the ICD is to capture information on all health conditions and their treatment — the reason for including traditional medicine conditions and practices is that it is used by hundreds of thousands of people worldwide.”

While traditional medicine originated in ancient China, today it’s widely used throughout Asia, including in Japan and Korea, and it took the WHO more than a decade to get representatives from Asian countries to condense thousands of years of knowledge into one, neat classification system.

Chinese leaders have been lobbying for the move. For them, it’s a huge win and the push has come right from the top: When President Xi Jinping visited WHO headquarters for the first time in Geneva in 2017 he brought along a bronze statue showing acupuncture marks on the body.

The country has been promoting TCM on the world stage, both as away to burnish its global image and influence, and for a slice of a growing market internationally. In China, TCM is worth $130 billion.

The country’s 2016 “strategic plan” on the Development of Traditional Chinese Medicine supports the expansion of Chinese medicine overseas and advocates the use of Beijing’s Belt and Road global economic initiative to promote TCM.

But WHO’s move has left some scientists perplexed.

The effectiveness of Chinese medicine is in most cases unproven, and only a few herbs have been tested systematically for toxicity or carcinogenicity in the same way Western medicines are in the United States and Europe, said Grollman.

In his research, Grollman looked at Aristolochia plants that have long been used for medical purposes and found they can cause cancer and kidney failure.

“Empirical knowledge based on tradition should not be permitted to “trump” the scientific method in matters of public health,” he wrote in 2016 in the journal EMBO.

David Colquhoun, an professor of pharmacology at University College London, said that the evidence that any form of traditional medicine works is “negligible.”

“We’ve looked at acupuncture as its gained the most traction in the West,” he said.

Some studies have found a small effect but it’s not clinically significant,” he said. “There’s endless evidence it makes no difference where you put needles. These imaginary meridians are baseless, he added.

One notable drug that has emerged from Chinese medicine is the malaria treatment artemisinin, for which Chinese scientist Tu Youyou won a Nobel prize in 2015.

But Colquhoun says this is an exception, not the rule.

“It would be very dangerous to use it in the herbal way. It’s good because it’s been purified and you can control the dose,” he said.

Many wildlife conservationists are concerned about the repercussions for wild animals if the industry grows without more “clarity and supportive action from global public health authorities and nations regarding acceptable TCM practices.”

John Goodrich, chief scientist and Tiger Program senior director for Panthera, which protects wild cats, acknowledged that many TCM bodies have already taken wild animal parts out of their pharmacopoeia but stressed: “Any recognition of Traditional Chinese Medicine from an entity of the World Health Organization’s stature will be perceived by the global community as a stamp of approval from the United Nations on the overall practice, which includes the use of remedies utilizing wild animal parts.”

“Failure to specifically condemn the use of Traditional Chinese Medicine utilizing wild animal parts is egregiously negligent and irresponsible,” he said.

Panthera said more than 5,000 Asian leopards have been used in trade in the last two decades due to demand for leopard bone pills and wine.

The safety and effectiveness of TCM is still debated in China, where it has both adherents and skeptics. In 2016, the death of a young Chinese actress who chose to treat cancer with TCM instead of chemotherapy triggered a debate around the effectiveness of Chinese medicine.

Mark Fan, 26, works in an investment bank in Beijing, thinks the practice is a “fraud.”

“I have tried traditional Chinese medicine so many times when I was young, but it has never cured any of my diseases. My diseases were cure all by modern medicine,” he told CNN.

But others share the views of Li Huimin, 30, a project manager, who took Chinese medicine to regulate her hormones and irregular menstruation after a miscarriage.

“I think Chinese medicine helps you to get rid of the disease from its root. Western medicine helps to deal with the symptoms, not the causes,” she said.

While WHO maintains the inclusion of traditional medicine in the ICD is not an endorsement of its scientific validity, critics say this nuance may well be lost given that WHO does issue guidelines and advice to member countries on things like vaccines, drugs and diet.

“WHO documents call for the integration of ‘traditional medicine, of proven quality, safety and efficacy,” while being silent as to which traditional medicines and diagnostics are proven,” said Dr. Edzard Ernst, professor of complementary medicine at the University of Exeter.