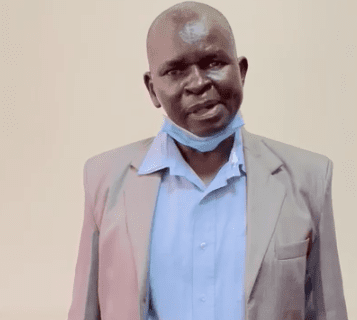 The family of former B-Club deejay Felix Orinda, also known as DJ Evolve, has moved to confirm that the entertainer is still alive and well after a rumour that he had died spread widely online.

On Tuesday, the entertainer’s father, James Orinda, released a video in which he said that the false death rumors were extremely upsetting to the family.

He claimed that the family awoke on Tuesday to fake news on social media that the DJ had died.

“I’m DJ Evolves’ father James Orinda, and I’m shocked by the news. I don’t know where they got that information; the rumours are unfair and untrue,” Mr Orinda said on Tuesday.

At the same time, he provided an update on the DJ’s condition; the spinmaster had been left immobile by a gunshot to the neck.

“He is doing well now; he can sit alone for about an hour without assistance, and he can also sit himself on the sofa for up to eight hours,” Mr. Orinda added.

He asked Kenyans and the DJ’s fans to pray for the family, saying the DJ had weathered the worst of his storms.

Last year, the DJ’s request to have the attempted murder case against Embakasi East MP Babu Owino dropped was denied.

Milimani Court Trial Magistrate Bernard Ochoi stated that the legislator must come out openly and tell the court what he has offered the DJ’s family.

The Magistrate also claims that the court has not been informed whether compensation has been paid, despite the DJ’s serious injuries.

However, Magistrate Ochoi stated that the parties involved are free to engage.

Babu Owino was early last year charged with attempted murder after allegedly shooting and wounding the DJ at Nairobi’s B-club.