Dennis Itumbi in hospital after alleged kidnap, torture by police 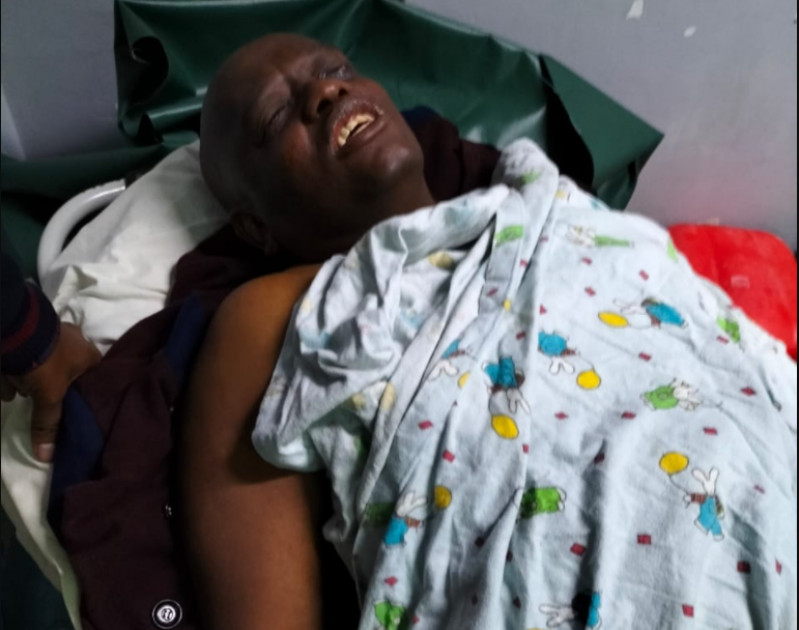 Itumbi's brother, David Itumbi, on Friday at around 1am took to Twitter to announce that they had found him in hospital badly beaten.

According to David, the digital strategist told them that he had been arrested and tortured by police officers.

"My brother has been badly beaten. We thank God that he is alive. On his own account he was arrested by police and beaten and tortured. This is the state we found him in. Please pray for his recovery," wrote David, as he attached photos of Itumbi in a hospital bed with injuries on the eyes and mouth.

Elgeyo Marakwet Senator Kipchumba Murkomen also took to the social networking site to condemn the incident, blasting the police for harming instead of protecting Itumbi as is their role mandated in law.

"Glad to see our brother Ole Itumbi. Sad to see him in such pain. Hopeful that he will bounce back stronger. Appalled that police officers who should be protecting him harmed him," wrote Murkomen.

"May his tormentors who are enjoying power never know peace. Politics shouldn't be done this way."

Itumbi went missing on Thursday afternoon after he was reportedly picked up by unknown men at Thindigwa in Kiambu County.

The controversial blogger is said to have been forced into a Toyota Premio vehicle after leaving a barbershop.

Witnesses told Citizen TV that three well-built men approached Itumbi and bundled him into the backseat of the vehicle before driving off towards Nairobi.

Itumbi's car was left parked next to a supermarket on the road, with the case being reported to the Thindigwa Police Station.

Itumbi in August this year claimed his car was shot at while he was driving in Garden Estate, Nairobi.