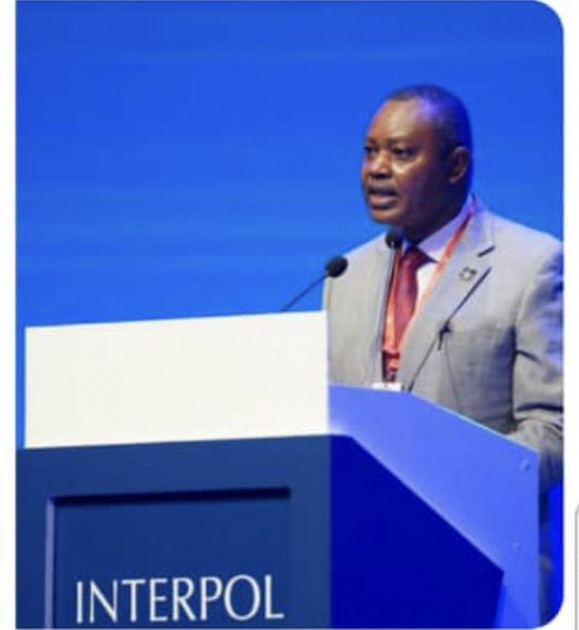 The Directorate and Criminal Investigations (DCI) boss George Kinoti has been elected to the INTERPOL executive committee, during the 89th session of the INTERPOL General Assembly, in Istanbul, Turkey.

Kinoti, who was voted in overwhelmingly will represent Africa at the key security organ, that brings together over 195 member states from across the world.

While making his acceptance speech, Mr Kinoti has acknowledged the efforts put in place by member countries in crime management & called upon them to work together, especially in the fight against terror.

“The realization that we cannot fight this monster alone has contributed to he successes that we have registered so far across the world as a result of cooperation & information sharing between our different countries and security agencies,” said the DCI chief.

The DCI now says that Kinoti's election to the post will help in representing Kenya's strategies to international levels on how to deal with crime.

"Mr Kinoti’s election to the decision making table of the worlds largest police organization, is an endorsement of the strategies that our country has put in place in the management of crime, especially in counter terrorism, organized crime, cyber crime and transnational crimes among others," said DCI on twitter.

"It is also a vote of confidence in the Directorate of Criminal Investigations at the global stage, on the manner that we have continued to discharge our mandate in the recent past," DCI further wrote.

INTERPOL works in conjunction with all member countries and international organizations including the United Nations to combat international crime.

It has been in formation for over 100 years ago.

DCI Headquarters hosts the INTERPOL regional bureau for East and Central Africa as well as the Eastern Africa Counter-Terrorism Centre of Excellence, where all counter terror related operations within the region are coordinated.