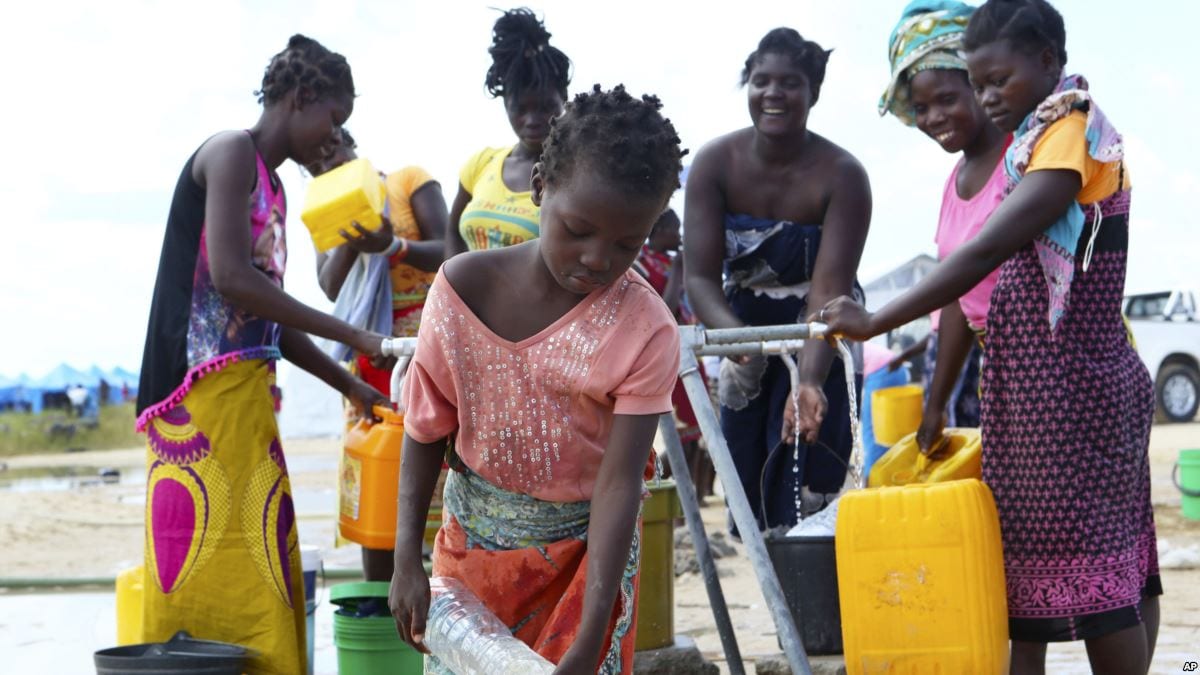 Beasley, who addressed the session via a video link, noted “the crops in these areas, particularly in Mozambique, are just gone. So, the harvest for this season is gone, and the chances for next season are minimal at best.”

“Hundreds of thousands of hectares of agricultural land have been essentially put out of use in the short term,” U.N. humanitarian chief Mark Lowcock said. “There is now only two or three weeks to prepare for the small harvest and to plant for the small harvest. So, there is an urgent need for seeds and tools and fertilizers to at least rescue the potential for the small harvest later in the year.”
Cyclone Idai slammed into Mozambique, Malawi and Zimbabwe in mid-March bringing powerful winds, major rains and storm surge flooding. Nearly 900 people have been confirmed dead across the three countries, while many more are missing, and hope is fading for them to be found alive.

Even before Idai wreaked havoc, parts of this region faced food insecurity. Inconsistent rains combined with an economic crisis had 5.3 million people in Zimbabwe in humanitarian need. Now, the U.N. says an additional 270,000 people require assistance.
Malawi, one of the poorest countries in the world, was facing a lean season pre-cyclone, and more than 3 million people were at risk for crisis or emergency levels of food insecurity.

Then Idai came and washed away crops that were just about to be harvested.

“Food will be needed not only in the short run, but going forward,” said Malawi Ambassador Perks Master Clemency Ligoya.

“Commodity prices for the existing food stuffs have already increased by close to 50 percent,” he noted.

Then there are the health issues. Cholera cases have already topped 1,000, as flood waters spread contamination. Malaria is also expected to rise as flood waters provide breeding grounds for mosquitos, which spread the disease.

Officials are also worried about patients with chronic diseases getting access to medicines and treatment in the storm’s aftermath.

“Vaccines, medicines and other supplies, including condoms and delivery kits for pregnant women, have been destroyed,” Ligoya said. “Roads and bridges to some health facilities were damaged. Displaced populations are lacking primary health care services, as they are not able to access health facilities. The continuum for care for people with HIV and TB (tuberculosis) has been disrupted.”
Education has also been disrupted. Zimbabwe’s envoy said 87 damaged schools were closed in one hard-hit area, and it could be a long time before they can all be rebuilt.

“So, we may have to do schools in tents in order to continue the education of the kids,” Shava said.

The U.N. has issued an appeal for $394 million to cover emergency needs for three months for the three countries. Only $46 million has been promised so far. Additional appeals will come later for longer-term requirements.

The diplomats from the cyclone-hit countries said a more robust early warning system is needed in the region to prevent a future disaster, and that lessons could be learned from countries in Asia that have advanced tsunami warning systems in place.