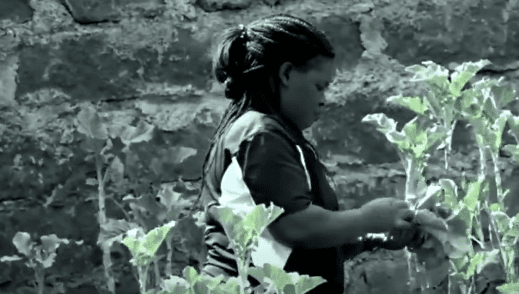 The rising number of Covid-19 cases in the country has sparked fear amongst Kenyans. The new nature of the virus coupled with its highly infectious nature as well as the social restrictions it’s spread imposes, are all factors that have created a sense of foreboding for many, whether justified or not.

This has created hardships for those who test positive or are isolated over suspicions informed by contact with positive cases.

A Nakuru woman has borne the brunt of her community’s misgivings on the virus.

The past one month has proved extremely challenging for Wangui Waweru a mother of three and a snail farmer.

Wangui characterizes these days as quiet, lonely and full of negative thoughts after family and friends reportedly said that she tested positive for the coronavirus and seemingly ostracized her.

Life was normal for her until she met two clients in mid-March who were isolated at the Mbagathi Hospital for having come into contact with a Covid-19 positive case.

“On 12th March I had a meeting with my clients after 5 days I realized that the two were isolated in Mbagathi after they came in contact with one of the family members. So I became unwell developed sore throat, I was vomiting and was advised to self isolate… I was in my house until the 26th but I was still unwell, I called the hospital and they came for me with an ambulance,” the mother of three narrates.

Wangui was admitted at the Nakuru Level 5 isolation Centre on March 26 and the following day samples were taken to the National Influenza Centre for testing.

On the 28th of March, Wangui was given a clean bill of health after the tests turned negative. She was immediately discharged from the isolation center but upon returning home many treated her strangely.

For the two days, rumour had it that she had tested positive for the virus. Though that was not the case, her neighbors bought it and her family members who she expected to be by her side appeared least bothered.

“In times of need the family needs to be there for you, I expected them to call but the two family members asked me yaani uko mgonjwa na unakuja kwetu?… I cannot even go the local shop. People wouldn’t buy from that shop. After fetching water from the tap, I heard one of my neighbours tell her child ‘usishike hapo unaona tumeletewa corona kwa plot.’

To add insult to the injury, some neighbors conspired to burn down her snail business on the grounds that they cause the virus, a business that was booming before and her only source of income was taken away. At this point, life became unbearable and she decided to speak up.

“I found myself trying to commit suicide and I would wake up and find myself lying on the floor. The health department has been supportive right now I feel better and I am healing,” says Wangui.

Dr. Samwel King’ori, a public health officer in Nakuru says more measures need to be put in place to ensure the community is aware of and curtails the stigma.

A month after she was discharged from hospital, Wangui’s family is yet to communicate but Wangui feels that these challenges have made her stronger than before.

“Nimekuwa na hasira but I decided to forgive… to the community when someone needs help try and be there for someone and not to criticize them,” says Wangui

She now hopes to become an ambassador of change encouraging those who may have gone through such stigma.