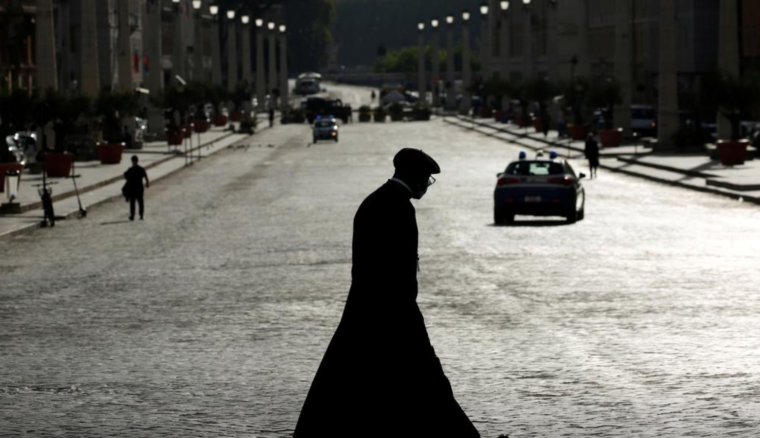 A man living in the same Vatican residence as Pope Francis has tested positive for COVID-19 and gone into isolation, the Vatican said on Saturday.

The man, who was not identified and did not have symptoms of the illness, left the Santa Marta residence and went into isolation along with others with whom he had had direct contact, a statement said.

Someone else living in the residence – which has about 130 rooms and suites – tested positive for the coronavirus when the pandemic hit Italy in March.

Pope Francis, who had part of one lung removed during an illness when he was a young man in his native Argentina, is tested regularly for COVID-19.

He had a normal schedule on Saturday, receiving three people in separate private audiences and addressing a large group of Italian police.

The Vatican, a tiny city-state surrounded by Rome, has been only lightly affected by the coronavirus, with about two dozen confirmed cases in total.

Four members of the Swiss Guard, the elite and colorfully dressed corps that protects the pope, tested positive for COVID-19 last week.

They are believed to be the first in the corps to test positive.

Nearly all of the guard are single men who live in a barracks just inside the Vatican gates.

The commanders and married members live in separate apartments. All members have Swiss nationality.

The Vatican said all of those who had tested positive had mild symptoms. They have been isolated and tracing of those with whom they had been in direct contact was underway.

The Vatican recently instituted prevention measures stipulating that everyone had to wear masks, even outdoors, and practice social distancing.

But some have noted that Pope Francis does not wear a mask at his general audiences and sometimes comes in relatively close contact with visitors, who are wearing masks.

Some of his closest aides also have not been wearing masks at the audiences.

Italy on Friday topped 5,000 new COVID-19 cases in a single day for the first time since March.

The county is set to ban private parties and limit the numbers of guests at weddings and funerals among new restrictions aimed at curbing a surge in coronavirus infections.