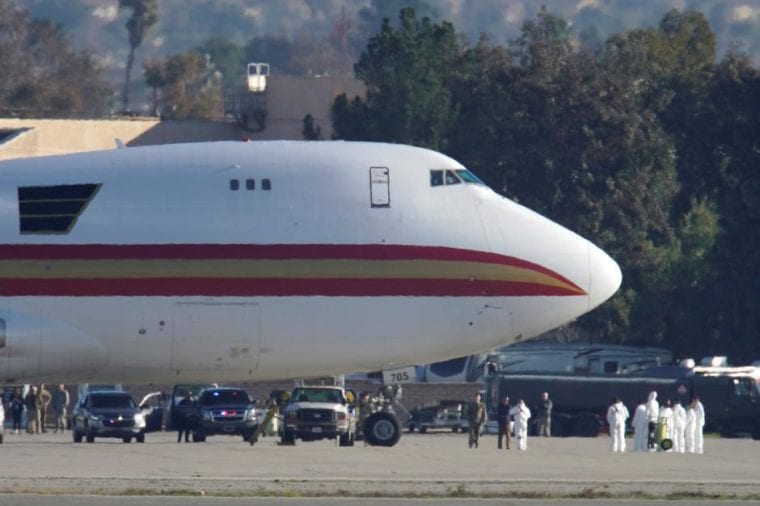 At least 170 people are dead and more than 7,700 cases have been confirmed in mainland China, as the Wuhan coronavirus spreads across Asia and the rest of the world.

Nearly 60 million people have been under partial or full lockdowns in Chinese cities for a week.

There are more than 100 confirmed cases in 19 places outside of China, with the UAE and Finland reporting their first cases.

Countries are scrambling to evacuate their citizens from Wuhan, the epicenter of the novel coronavirus outbreak in Hubei province.

Flights have been chartered and various quarantine measures have been put in place.

Australia: There are more than 600 Australian citizens in Hubei, according to CNN affiliate Nine News, and Australian Prime Minister Scott Morrison said there will be a focus on repatriating “the young, especially infants, and the elderly.” Returning Australians will be quarantined on Christmas Island — more than 1,000 miles away from Australia in the Indian Ocean.

European Union: Two planes will be sent to Wuhan to help evacuate EU citizens, Janez Lenarcic, the EU commissioner for crisis management, said Tuesday. Around 250 French citizens will be transported in the first aircraft, while 100 people from other EU countries will take the second plane, which will leave later this week.

Germany: German evacuations are planned to start in the next few days, the country’s Foreign Ministry said Wednesday.

France: A plane will be sent Thursday to repatriate French citizens, with a second flight is planned for those who may be carrying the coronavirus. There are around 800 French citizens in Wuhan.

Italy: A flight is set to depart Italy on Thursday to repatriate its citizens from Wuhan.

Spain: Spain’s government is working with China and the EU to repatriate its nationals from the Wuhan area. No flight has been planned yet.

India: The Indian government has begun the process of “preparing to evacuate” Indian nationals from Hubei, a spokesman confirmed Wednesday. No other details are known.

New Zealand: The New Zealand government has chartered an Air New Zealand aircraft to evacuate its nationals currently in Wuhan. A government press release says the aircraft will have capacity for 300 passengers.

Japan: Two flights carrying more than 400 Japanese citizens arrived back in the country from Wuhan on Wednesday and Thursday.

South Korea: Four charter flights were sent to Wuhan on Wednesday, where almost 700 South Korean citizens have applied to fly out. On Thursday the planned flights out of the city were delayed and officials are working to organize the flights as early as tonight.

Turkey: More than two dozen Turkish citizens in Wuhan will be evacuated in the next couple of days, the Turkish ambassador in China told Haberturk news channel. It is unclear whether the plane will land in the capital, Ankara, or Istanbul.

United Kingdom: Britain had planned to bring back 200 of its citizens in Wuhan on Thursday but had to delay the flight. It was understood the flight was delayed due to Chinese permissions that did not come through.

United States: A chartered plane carrying around 201 US citizens — mostly diplomats and their families — arrived in southern California on Wednesday. More Americans remain in Wuhan, hoping to be evacuated at a later date. The State Department said it was unable to accommodate everyone on the flight because of space limitations but is working to identify alternative routes.