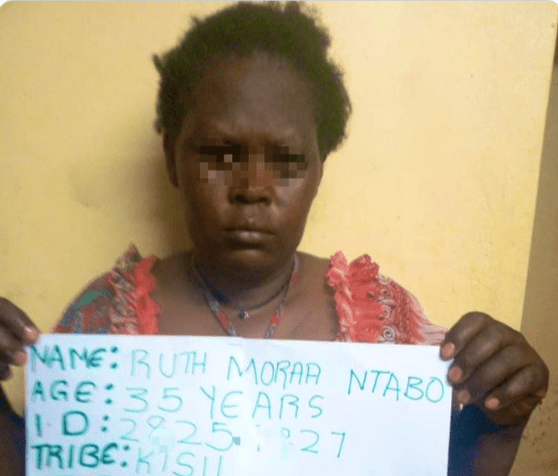 Directorate of Criminal Investigations (DCI) detectives based in Kitutu Central in Kisii county have arrested a 35-year-old Ruth Moraa- a suspected child trafficker.

Moraa is believed to have abducted a three-year-old Ismael Hassan five days ago as he played with other kids outside his grandmother’s house at Soko Mjinga village.

The matter was reported at Nyanchwa police station in Kisii the same day, with detectives appraised of the matter swinging into action.

Working by profiling a female suspect with a prior history of child-trafficking, detectives zeroed in on the suspect who had abducted her daughter’s 4-year-old daughter in early February.

The suspect, a police report says, took detectives on a 5-day cat and mouse game until she was smoked from her hideout in Keumbu on Saturday.

She was living at a relative’s house.

The minor who had been reported missing was also rescued and united with his parents- Zainab Hussein and Ismael Hassan.