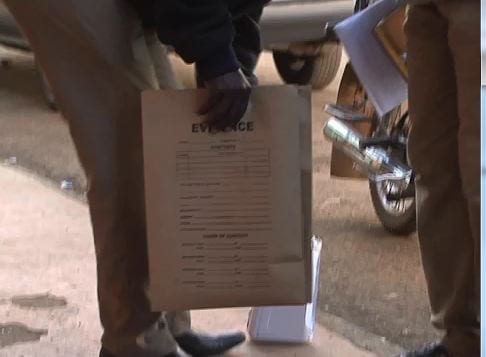 A man was allegedly shot dead by a police officer in Limuru, Kiambu County Sunday morning following a scuffle at a bar.

Limuru DCIO, Mwenda Ithaiba, said that at about 4.00 am, he was informed that a person had been shot dead in his car in Limuru Town.

Ithaiba says that Police rushed to the scene and found the body of a man identified as William Kimani Mwangi, 32, on the driver’s seat with a bullet wound on the head and the car engine still running.

“Police are pursuing crucial leads and the police officer in question has been arrested,” the DCIO said.

According to witnesses, the deceased had been taking drinks with friends at a local pub when a scuffle ensued between him and a person suspected to be a police officer.

The deceased then left the pub and boarded his car and was fatally shot while reversing his vehicle at around 3.50 am.

“The scuffle was triggered by a confrontation between the deceased and the police officer but the situation cooled and he left the pub, after some time we got wind that the deceased had been shot,” a witness said.

Police have since launched investigations into the matter.