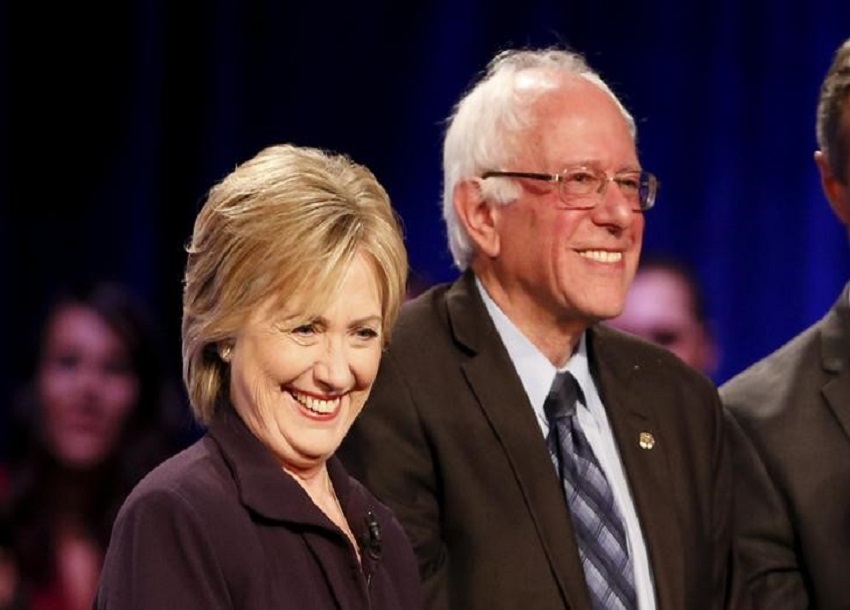 U.S. Democratic presidential candidates Hillary Clinton and Bernie Sanders on Sunday told supporters that they would work to unify Americans to bring forth positive change in the country and entreated voters to reject rhetoric that divides people.

Clinton visited three primarily African-American churches in the borough of Queens, New York, where at one church, the pastor and parishioners laid hands on her and prayed.

Later in the day, she campaigned with U.S. Representative Elijah Cummings in his home district of Baltimore, Maryland, seeking voters ahead of their Democratic nominating contest on April 26, where 95 delegates are at stake.

Clinton said she had experience unifying people – experience that should be a prerequisite for a president.

“Will this person unify us or divide us?” Clinton asked supporters.

“A house divided against itself cannot stand, Abraham Lincoln said. We cannot allow our American house to be divided. And that is why I will go anywhere any time to meet with anyone to find common ground. I did it as first lady, as senator, as secretary of state. But I will also stand my ground on the basis of principle and values. But you should know that I’m absolutely convinced America’s best years can still be ahead of us,” she said.

At a campaign rally on Coney Island in Brooklyn, Sanders criticized his rivals, but especially struck out at Trump’s campaign staments comparing immigrants to criminals, calling for a ban on Muslims entering the country and spreading false claims about U.S. statistics suggesting black Americans were the overwhelming source of gun violence.

“The American people will not elect a candidate who every day insults Latinos and Mexicans, who insults Muslims and Islam, who insults women, who insults African-Americans. And I want you all to remember this – because some people have forgot – before Trump was a candidate he was a leader in the so-called ‘birther movement’. That was an attack on the legitimacy of the first African-American president we have ever had. That was a racist attack, no ifs, buts or maybes,” Sanders told supporters.

“Now all of you know that the only way to make real change is when we stand together when we do not allow demagogues like Trump or anybody else to try to divide us up,” he said.

Sanders, a U.S. senator from Vermont, is trying to chip away at Clinton’s big lead in the number of delegates needed to secure the Democratic nomination for the Nov. 8 presidential election.

Going into the Wyoming caucus, Clinton had more than half of the 2,383 delegates needed to win the nomination. Sanders trailed her by 250 pledged delegates, those awarded based on the results of the state nominating contests.

But Sanders said future contests in the West and on the East Coast looked favorable to him, including New York, Pennsylvania, California and Oregon.

He said on Sunday he believed he could close the gap, and left the door open for a so-called floor flight at the Democratic National Convention in Philadelphia in July if neither has won an outright majority of delegates.

In that case, a system of multiple ballots takes place, governed by complex rules, with candidates hoping to persuade delegates to vote for them.