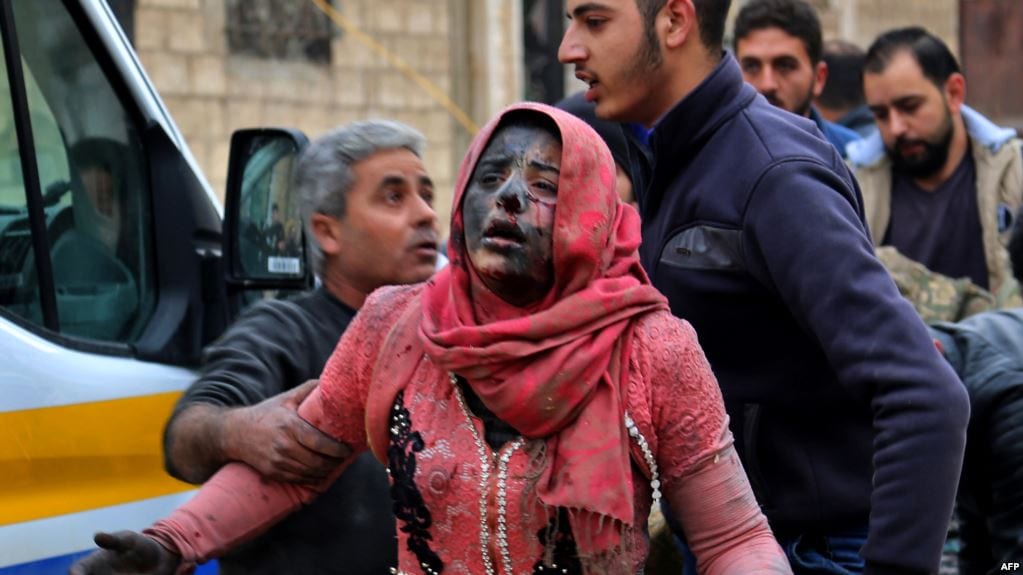 U.N. human rights chief Michelle Bachelet says she is alarmed at the rising number of civilian casualties due to intensified attacks by Syrian government forces and their allies against Islamic State militants and other rebels in northern Idlib and surrounding areas.

Syrian forces and their allies have escalated ground-based bombardments in the so-called demilitarized buffer zone in recent weeks. The zone includes Idlib and areas of northern Hama and western Aleppo governorate.

The zone was created by Turkey and Russia in September to avert a Russian-backed Syrian army offensive against rebel groups in Idlib. The northwestern region is the last major part of Syria outside the control of President Bashar al-Assad’s government. The United Nations had warned an attack in Idlib, where 3 million civilians were trapped, would trigger a humanitarian catastrophe.

This agreement, however, has been unraveling since December. U.N. Human Rights Commissioner Michelle Bachelet says the recent surge in fighting has caused numerous civilian casualties. She warns that about one million people are in a very precarious situation.

Her spokesman, Rupert Colville, says the high commissioner is calling on all warring parties to ensure civilians are protected and all military operations are conducted in accordance with international law.

“Large numbers of civilians, including hundreds of thousands of displaced people, in Idlib and northern Aleppo are living an intolerable existence. They are trapped between the escalation of hostilities and bombardment on the one hand, and, on the other, they are forced to live under the extremist rule of Hay’at Tahrir Al-Sham and other extremist fighters who regularly carry out targeted killings, abductions and arbitrary detention.”

Colville says Bachelet also worries about the well-being of some 20,000 people who have fled Islamic State-controlled areas in eastern Deir-ez Zor governorate in recent weeks,” said Colville. “They are living in makeshift camps run by Kurdish armed groups including U.S.-backed Syrian Democratic Forces. Colville says they reportedly are being prevented from leaving the camps.

He says the high commissioner is particularly concerned about some 200 families who are being held hostage by IS in the area under its control. He says the families, including many women and children, are being subjected to intensified air and ground-based strikes by U.S.-led coalition forces and their SDF allies.